With some decent weather over the weekend (in fact too nice) I went out to do my first big Adder Vipera berus survey. I set off early on Sunday and went to my first spot where i've had a max of 5 so far. I quickly found 7 males and 3 Viviparous Lizards Zootoca vivipara. I moved on expecting some big numbers but only another 1 where I would normally expect another 7-8. I headed off to another area, here I met Tracy and Paul regular surveyers who were also down on numbers for the day. Tracy had seen a snake the week before that she thought was a female but didn't get a good enough look. Sure enough it was out along with a male and a juvenile, one further male gave 12 for the day, we searched some other areas but it was way too warm.
I was off work on Monday and went out again. I had a total of 16 for the day 13 males, 1 female and 2 juveniles, 13 snakes were additional to the day before, giving a total of 25 for the 2 days, 21 male, 1 female and 3 juveniles. The female is the earliest date that I have had one by about 10 days and it was interesting to see that 3 young are still associating with her (assuming she's the mum).
There were also lots of birds back up on the moors, Skylarks, Curlews and one of my favourites Lapwings Vanellus vanellus. 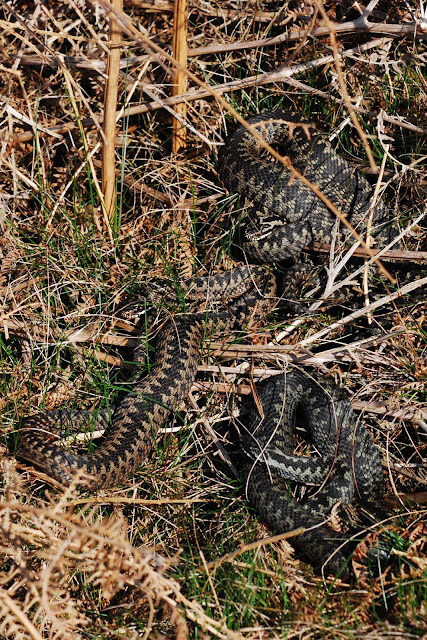 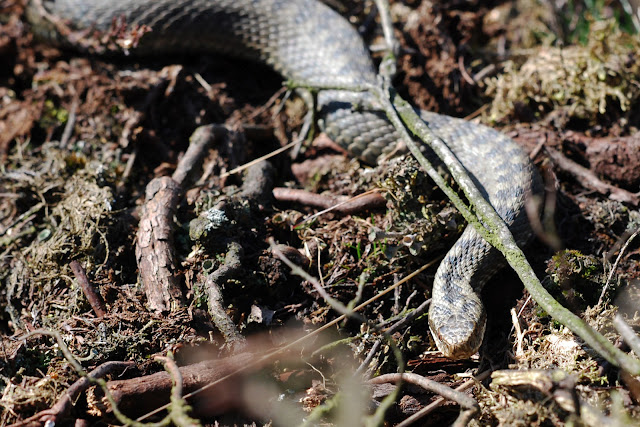 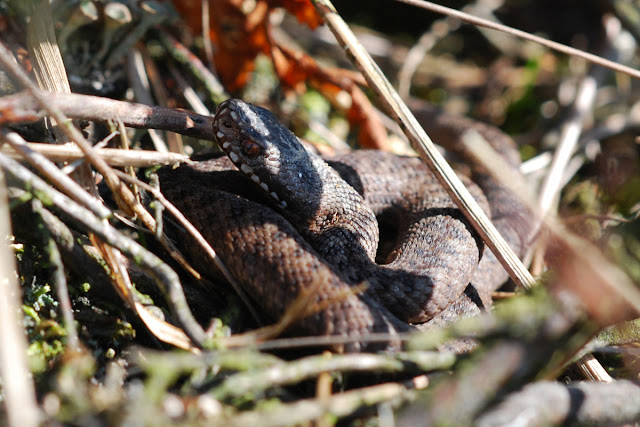 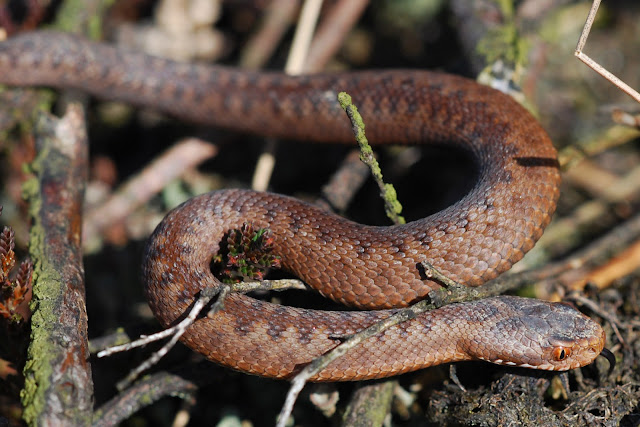 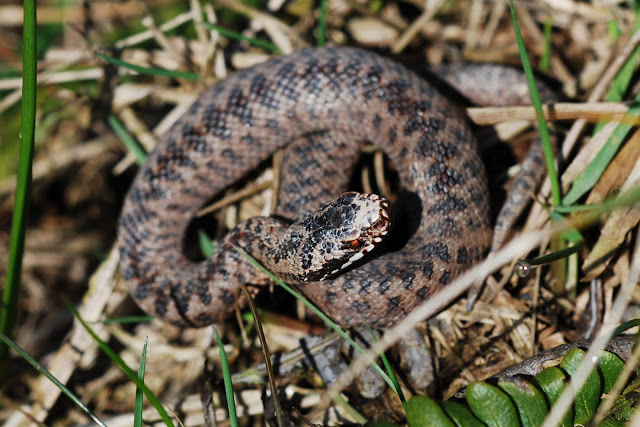 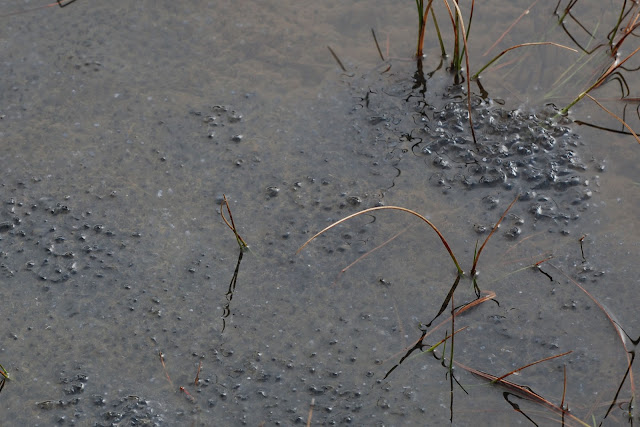