Now For The Amphibians

With above average February temperatures and some light rain, conditions were ideal last night for amphibians to start moving to their breeding ponds. With bucket, torch and camera I set off to roads surrounding a couple of upland reservoirs. At the first road, Common Toads Bufo bufo were on the move, this is an early date with Easter normally the peak time for toad movement. There were already a few road casualties so I scooped the living animals up and transfered them off the road. Up to the next reservoir a couple more toads but the main species were Palmate Newts Lissotriton helviticus of which I transfered about 40 off the road. 2 Common Frogs Rana temporaria made up a trio of amphibians. 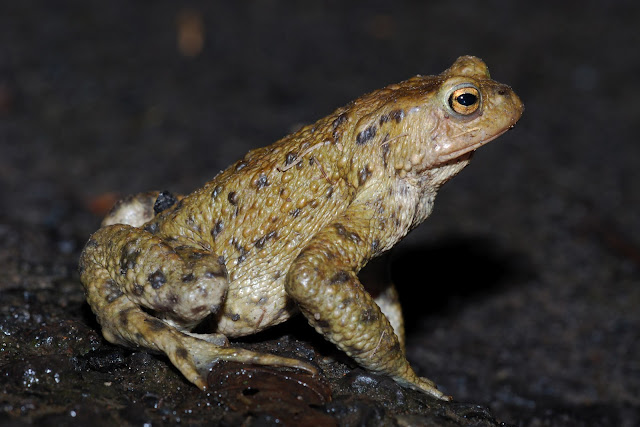 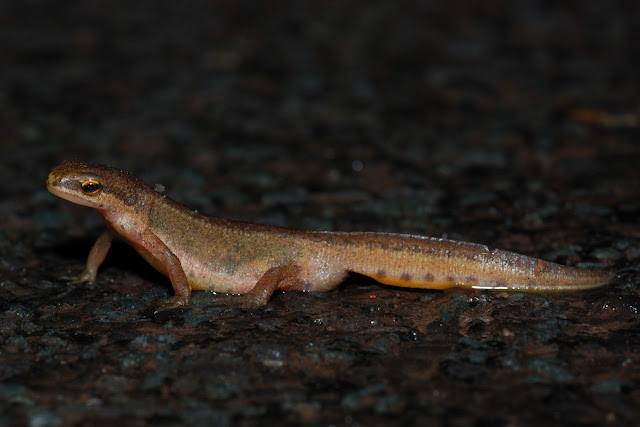 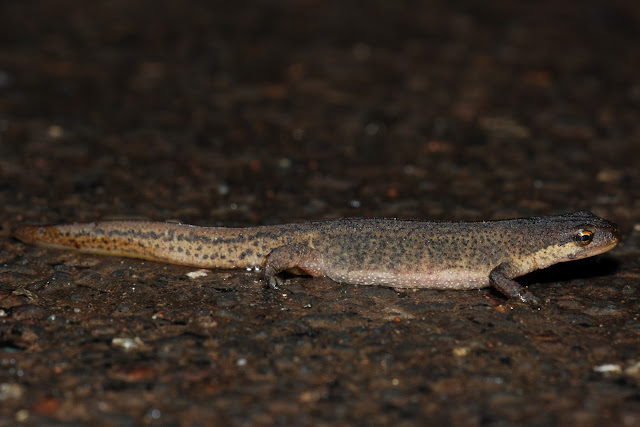 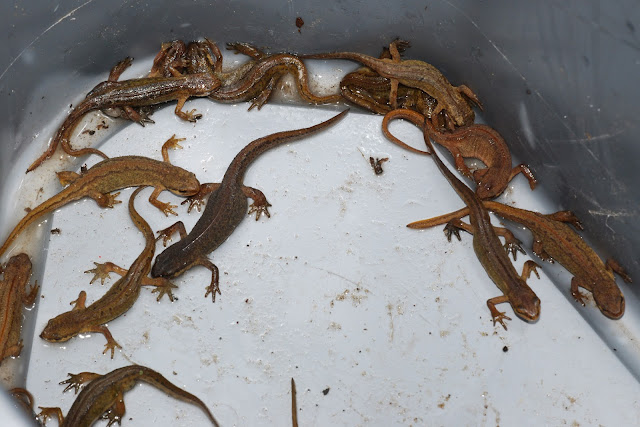 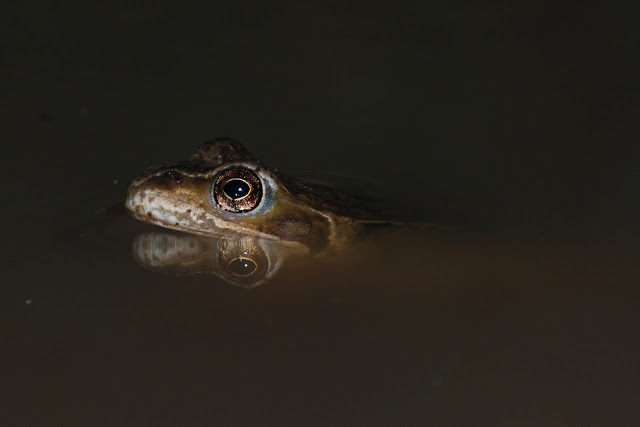 Above and Below Common Frog © Carl Corbidge 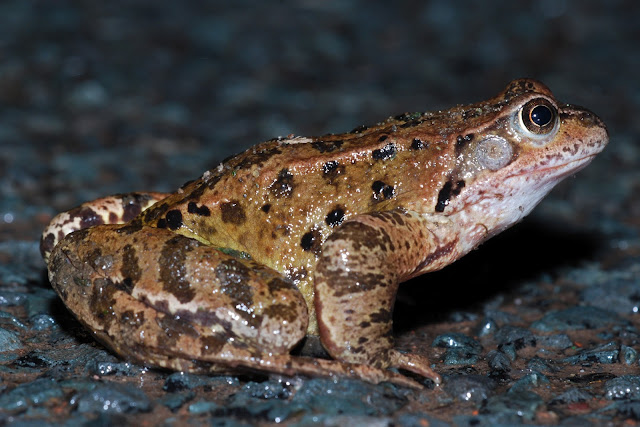 ﻿
Well it looks like the weather has turned again, which won't affect the amphibians too much, common frogs have already started spawning so there is no way back for them now. However the reptiles will have to ride out the weather until it improves again. Yesterday and Thursday there were a couple of windows of opportunity. I managed to get out Thursday afternoon, expecting adders I only saw 5 Viviparous Lizards, I think I may have been too late in the afternoon for snakes,  plus a big black cloud seemed to be following me around putting basking sites in the shade. Yesterday afternoon there was a brief respite in the weather and I managed 4 adders including a very large battle scarred male. 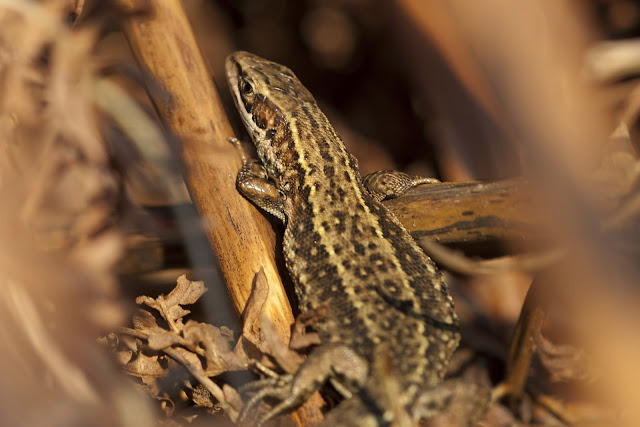 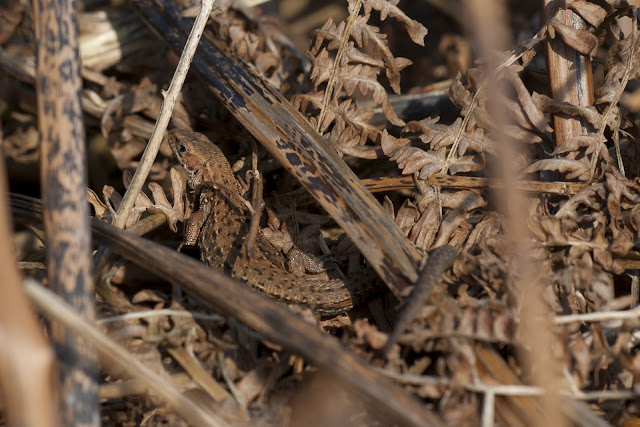 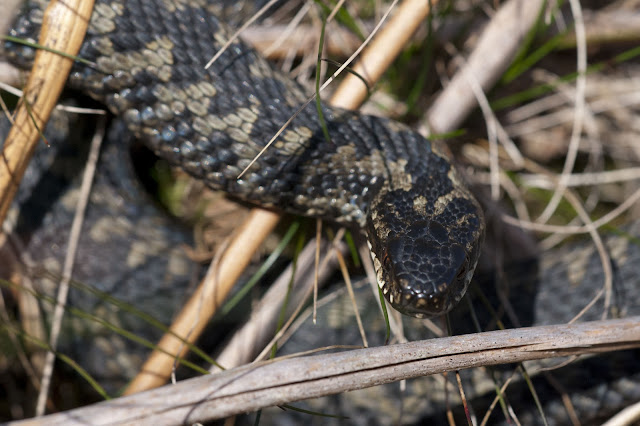 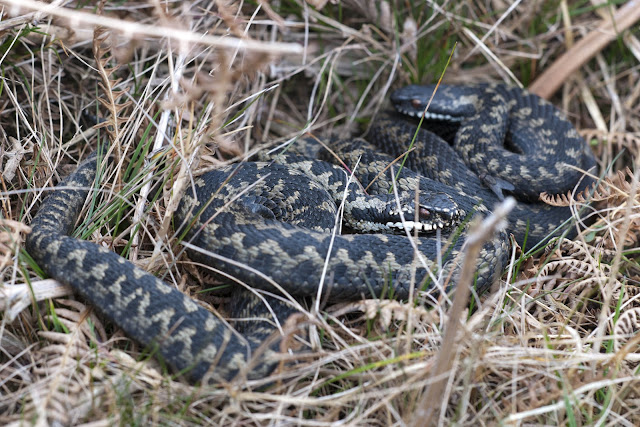 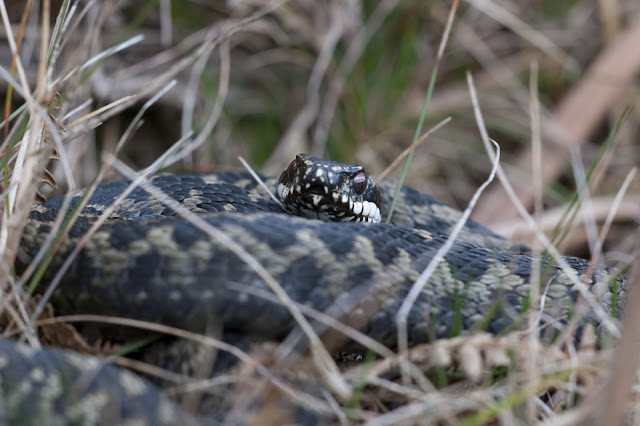 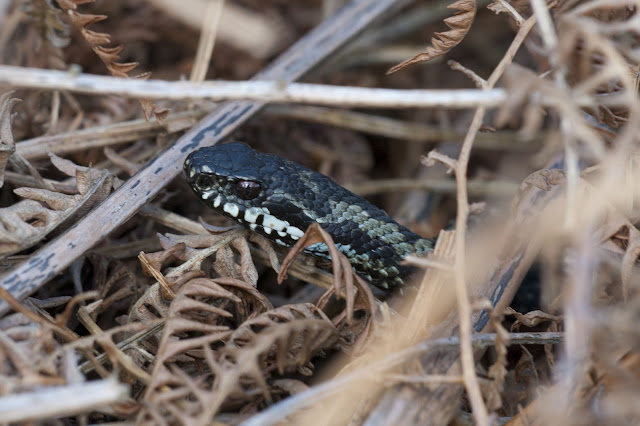