First Male Adder of The Season

Today I met up with Matt Wilson to have a look for the first Adders of the year (although Matt had 2 yesterday). The weather forecast was poor and on arrival it was cloudy with a cool breeze. We had a quick look without success and so decided to have a look for some Roe Deer Matt had seen yesterday. No Roe Deer, but we flushed up 2 Woodcock Scolopax rusticola and saw 5 Crossbills Loxia curvirostra. After a couple of hours the sun came out briefly and along with it one brave male adder Vipera berus. As quick as the sun came out it went back in and that was it for the day. 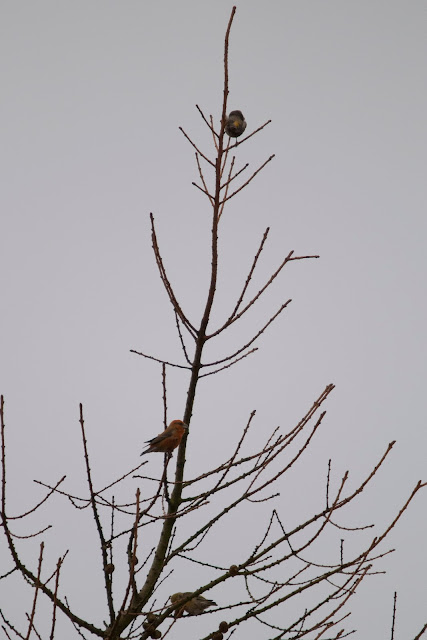 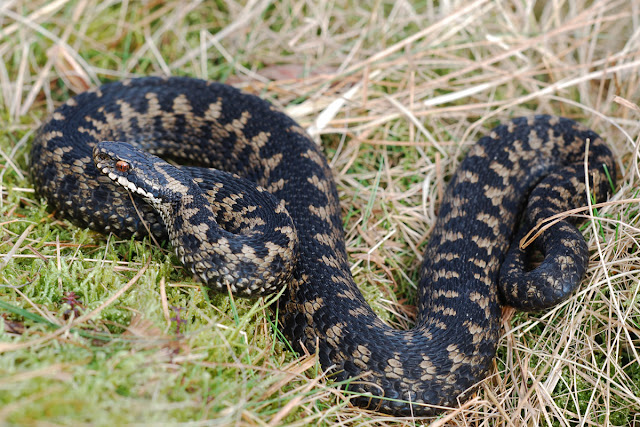 Above and Below Male Adder © Carl Corbidge 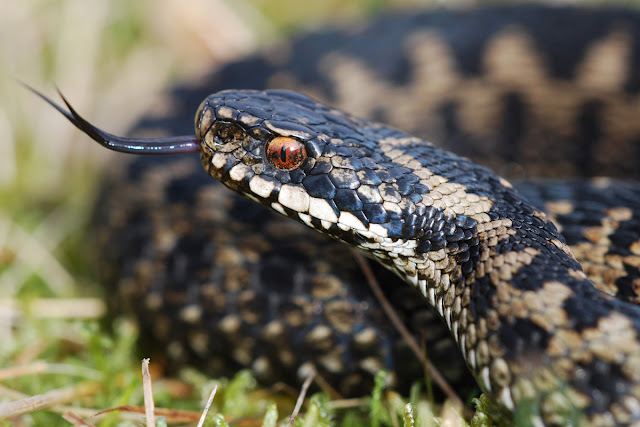 Back to my side of the Pennines today and with a sunny start to the day I was at one of my Adder sites at 10am ish. I quickly found 2 including a regular blue male which scarpered as soon as my shadow crossed him, (but he was back out 10 mins later) another male was tucked well in. More surprising was a confiding male Viviparous Lizard Zootoca vivipara, in the same spot as a confiding male from last year. I found a further 3 male adders, the clouds then dropped and the temperature dropped considerably and the snakes gradually retired back into their hiding places. 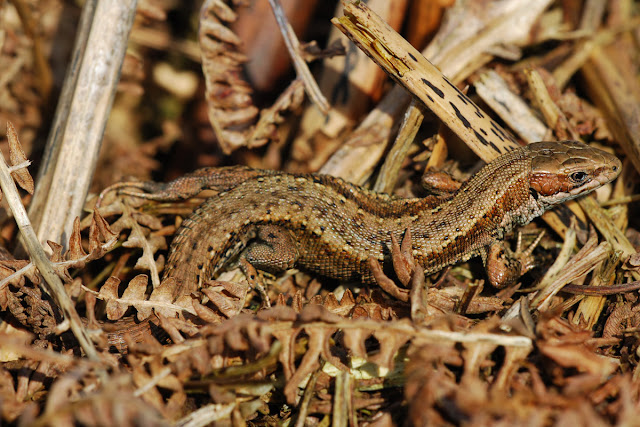 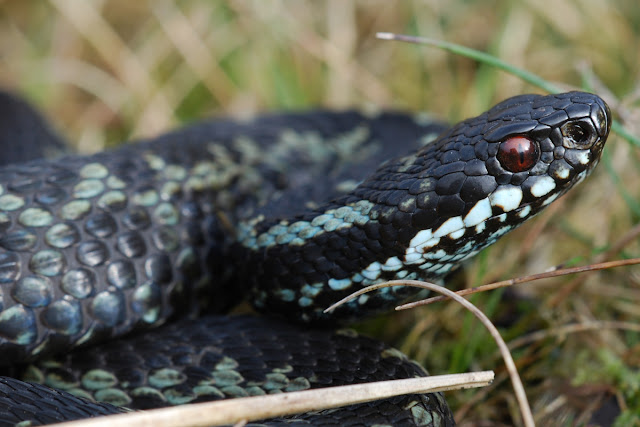 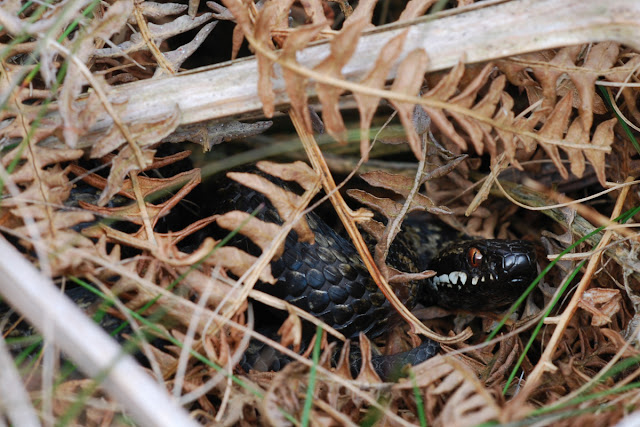 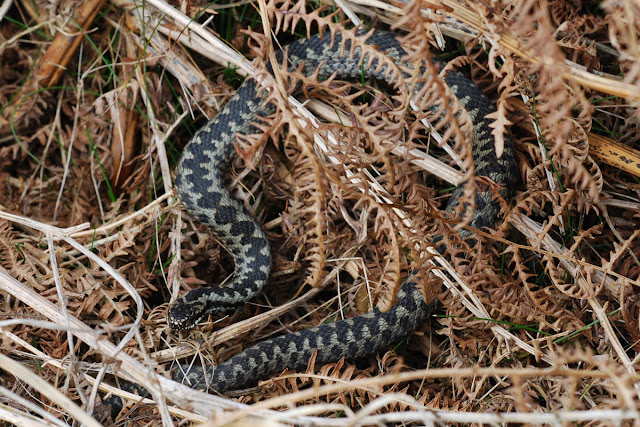