On Friday afternoon Matt Wilson came over from Lancs for a spot of herping with a bit of birding thrown in. First stop was a pair of Peregrines Falco peregrinus on a city church, we had very good views of both birds and in fact saw the pair mating. The male flew off and 2 minutes later came back with a starling which the female didn't seem too impressed with. After this I took Matt to a spot where i've been watching a pair of Little Owls Athene noctua and sure enough one was in situ. After dark we went to 3 newt ponds, in the first we had about 6 Smooth Newts Lissotriton vulgaris, driving to the second we had a Badger Meles meles running in front of the car. At the second and third ponds a total of 5 Smooth Newts and 3 Great Crested Newts Triturus cristatus along with a few Common Frog Rana temporaria and Common Toad Bufo bufo. There were also a lot of dead frogs in the last pond probably having been caught pot and trapped under ice. 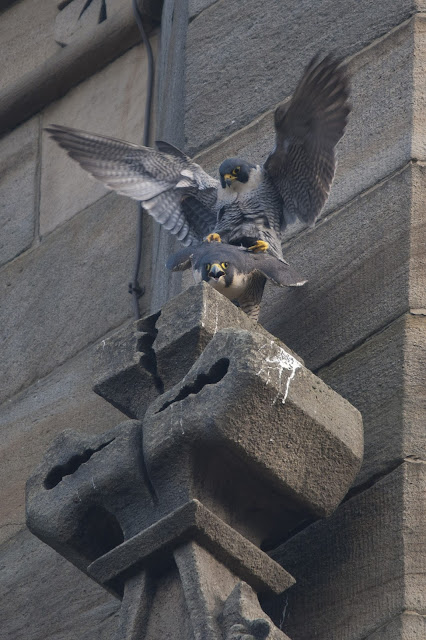 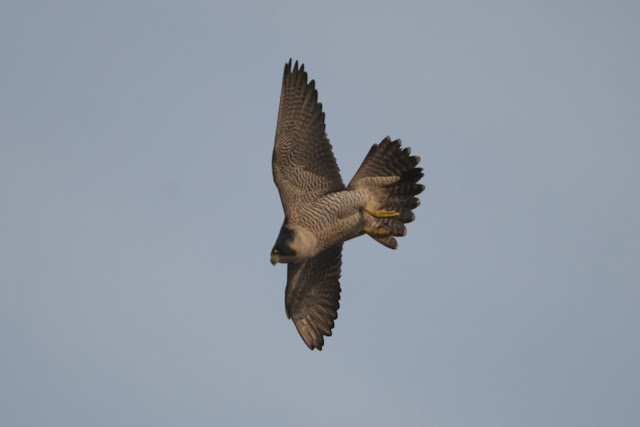 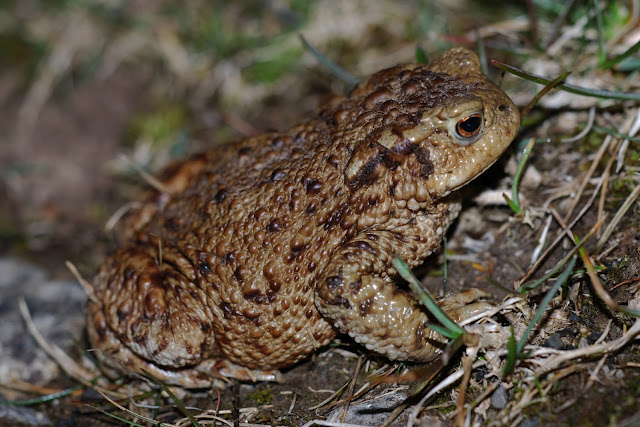 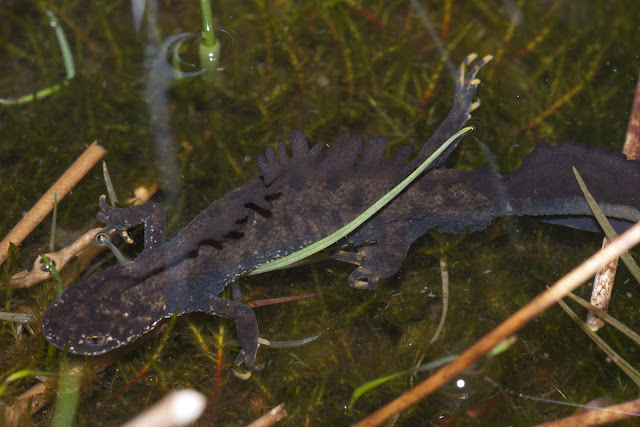 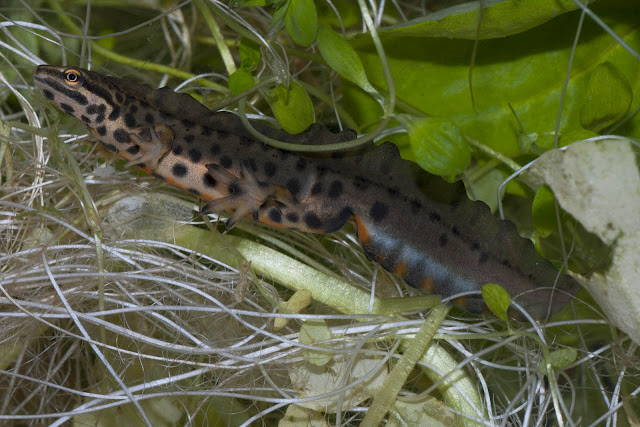 We woke to fog Saturday Morning that didn't clear until gone dinner time. We checked a potential new adder site but only had a Viviparous Lizard. We then headed over to a Slow Worm Anguis fragilis site﻿. I don't normally see these up in the north until the first week of April but with the warm weather we found a male and a female, my earliest date so far. After this I thought we would try a couple of sites where there are Grass Snake Natrix natrix as well as Slow Worms however no further herps were found. En-route we saw a few Buzzards Buteo buteo and several Kestrels Falco tinnunculus along with some other avian sitings.. 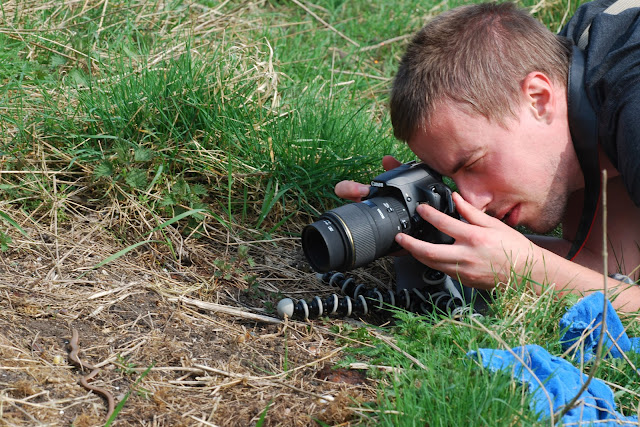 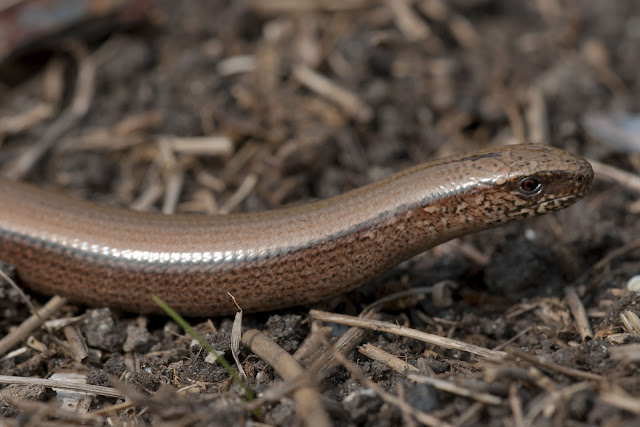 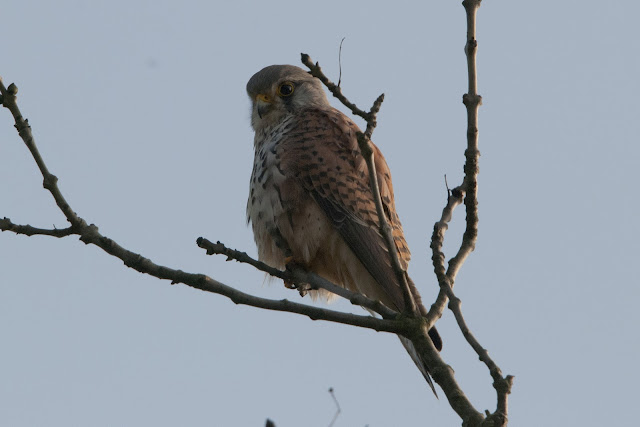 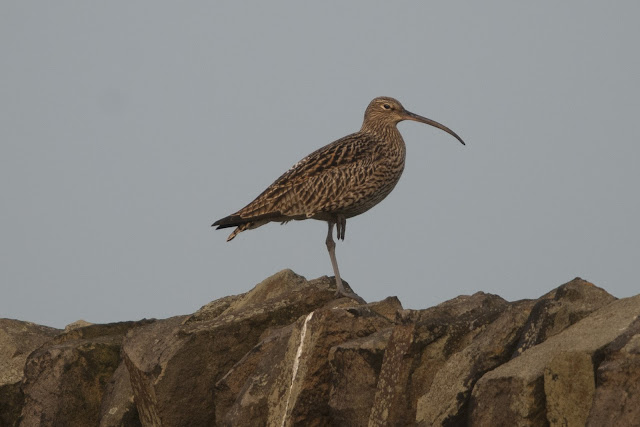 Matt went home Saturday evening. Sunday evening I went out a couple of miles up the road to try and photograph Brown Hares Lepus  europaeus﻿, I have recently seen up to 6 but they're easily spooked and bolt off at the first sign of trouble. However I have managed a few shots. The Little Owls were in residence and I even managed to photograph them together (Monday evening). An Oystercatcher Haematopus ostraegus was a surprise in fields along with Lapwings Vanellus vanellus and Curlews Numenius aquata. However the best was yet to come heading back home I spotted an owl flying, I thought great a short eared owl but as it landed on a wall even better a Long Eared Owl Asio otus and the first one i have seen flying in daylight. 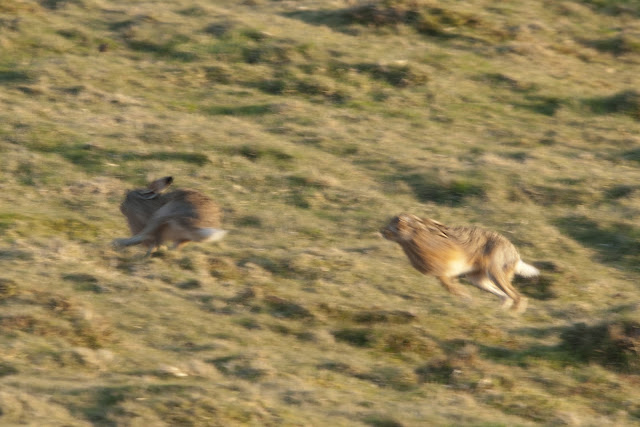 Above and Below Brown Hare © Carl Corbidge 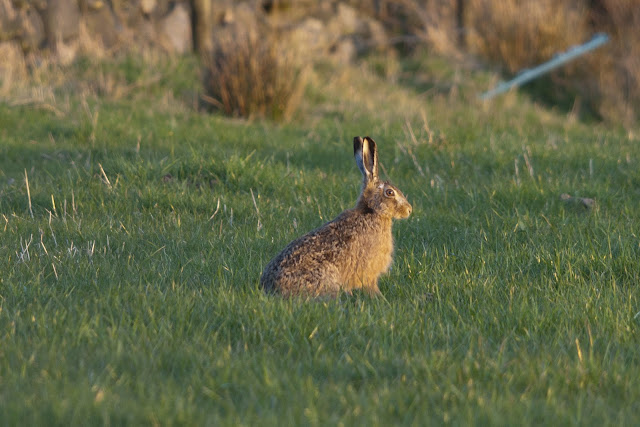 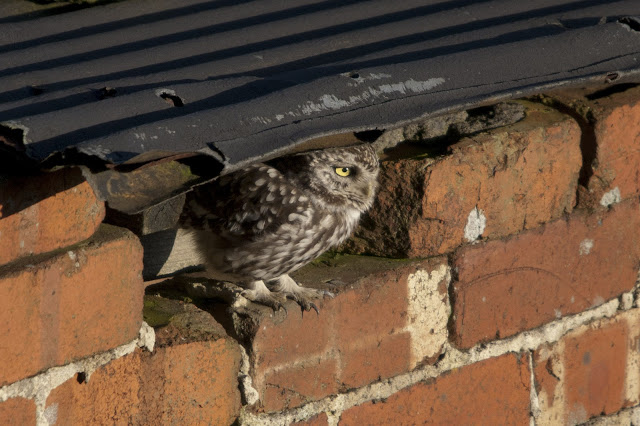 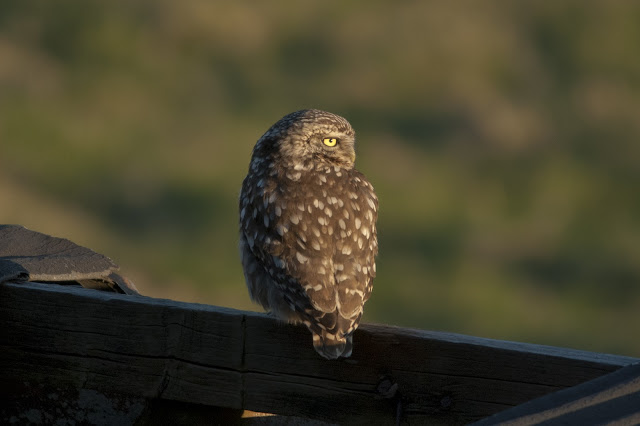 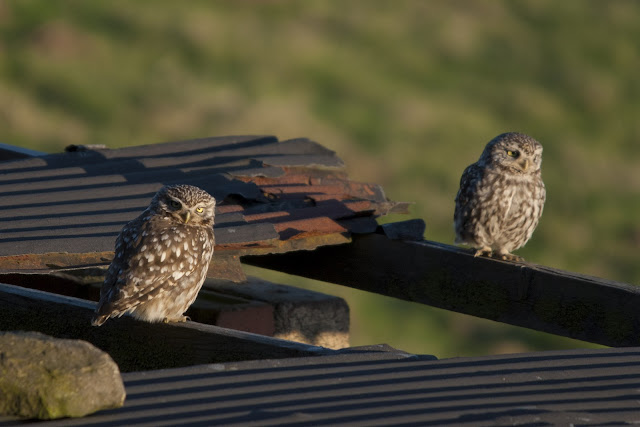 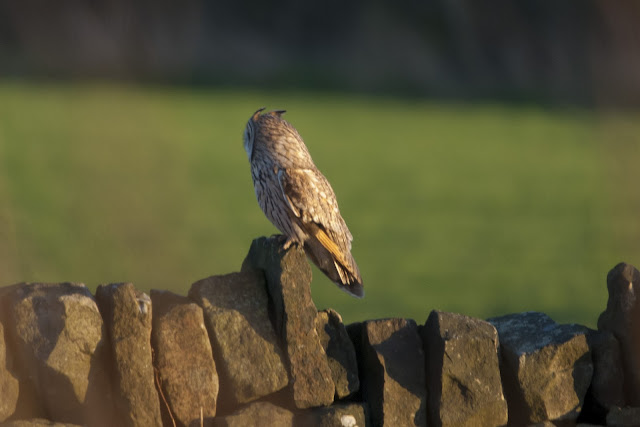 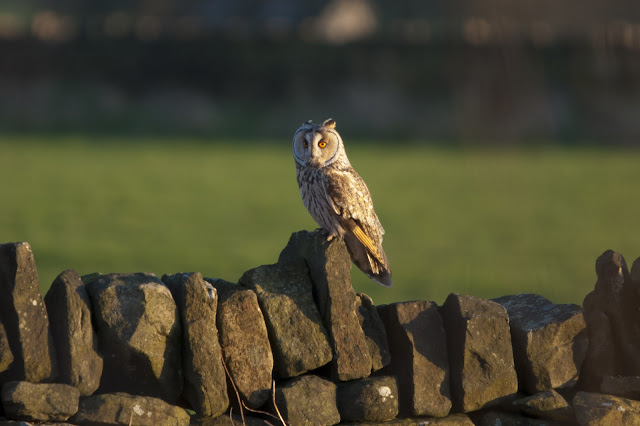 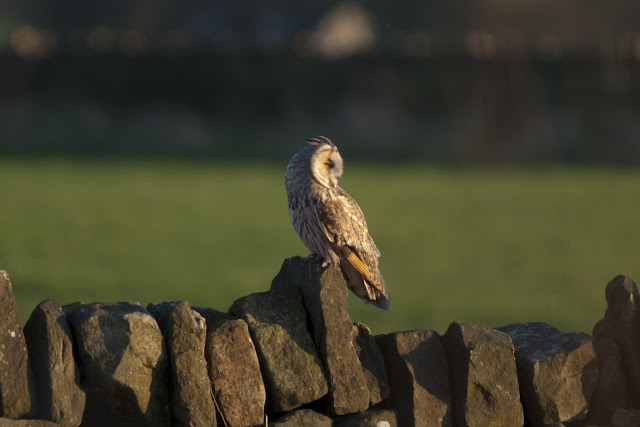 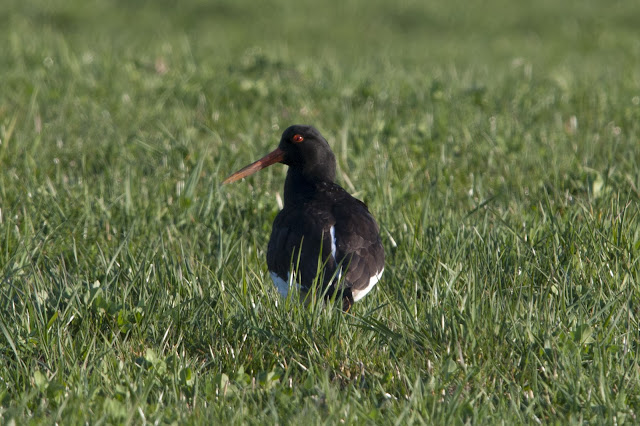