No Lizards but a few Tigers

I had a quick look today at one of my favorite sites for Viviparous Lizards Zootoca vivipara, this also happens to be a good site for Adders Vipera berus. However I knew my chances of seeing the latter was pretty much zero, as in June and July they vanish having fed well in the spring and the ambient temperature being high enough to avoid the need to bask. On the other hand the lizards are visable year round especially gravid females, but today nothing, it was a little windy and sometimes after a few nice days nice weather they lie low, and I guess that is what they were doing today. There were a few birds in evidence on the moor, Whinchat, Stonechat and on the sandy path there were a few Green Tiger Beetles Cicindelan campestris. These carnivorous beetles have excellent vision and are the UK fastest running beetles covering 60cm in a second in pursuit of prey. They're also a bit of a pain to photograph running away or more often flying a few yards down the path, anyway after a liitle effort I got a few decent photos. 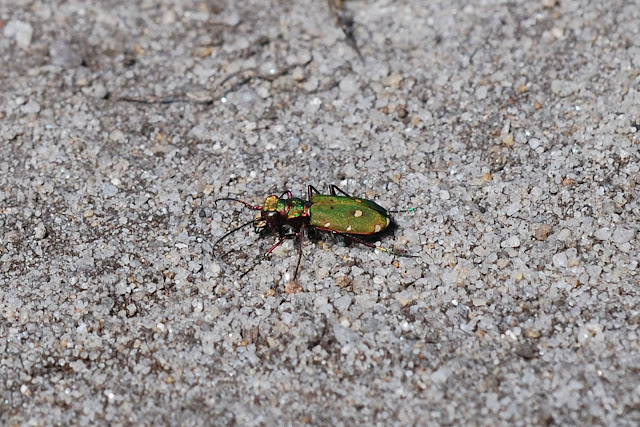 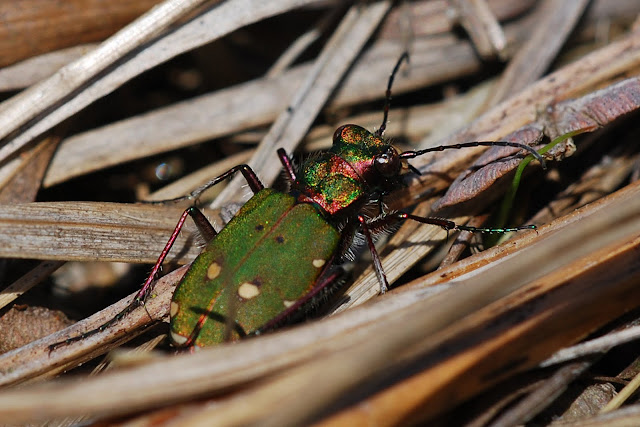 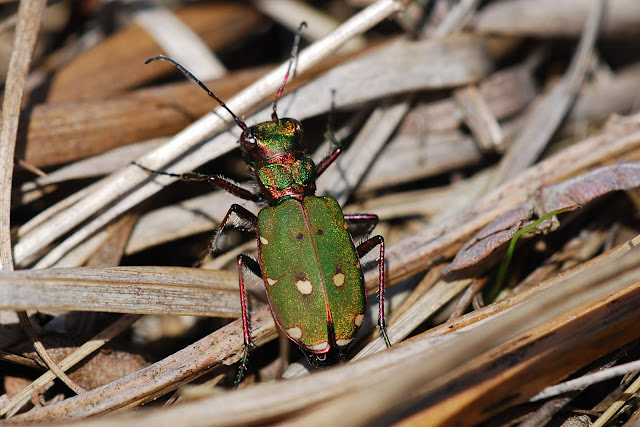