A Big Fat Lizard (for a Zootoca)

Tonight after work I went to one of my favourite places in South Yorkshire, it is a lovely spot within the Peak National Park. It was here aged about 11 I caught my first Common Lizard Lacerta vivipara as they were called then (now named Viviparous Lizard Zootoca vivipara). My best spot has changed over the years, there are more trees mainly birch and oak but a large area of conifers has recently been cleared (looks like a bombs hit it) allowing in more sunlight. Tonight I heard a few scurrying sounds which were probably lizards before spotting a large gravid female sat on top of a bracken covered wall. I think this was the largest individual (length wise) I have ever seen. She allowed a few shots before making a retreat, after looking for more lizards for 30 minutes (in which time the sun went in) I made my way back out came the sun and she was out again. As the name suggests, Viviparous lizards give birth to live young, when gravid they bask a lot  to speed up the gestation period, this gives the youngsters as much time as possible to feed up before they go into hibernation. 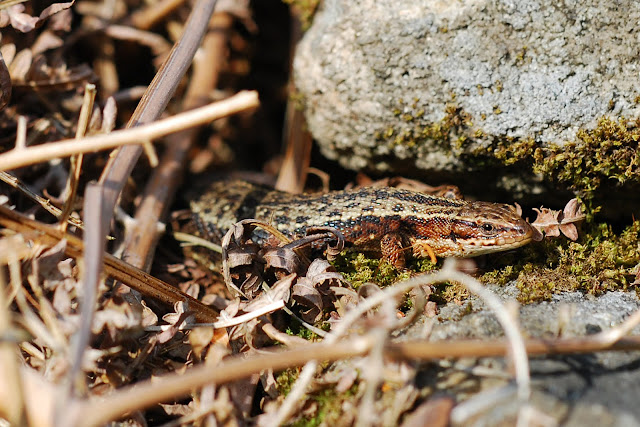 Above and Below Female Viviparous Lizard Zootoca vivipara © Carl Corbidge 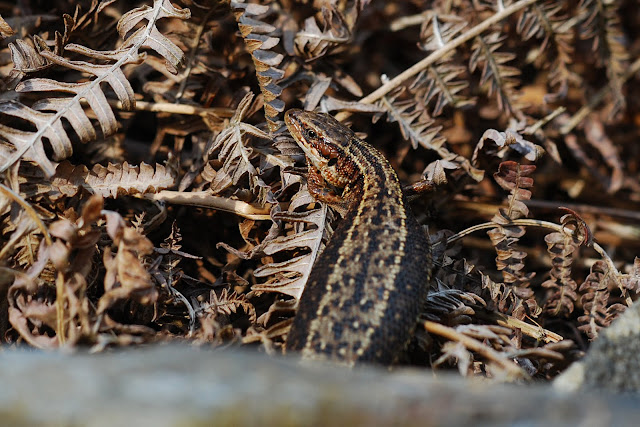 There are also a few family parties of Curlews Numenius arquata around which for me produce the mosy evocutive sound of the moorlands. 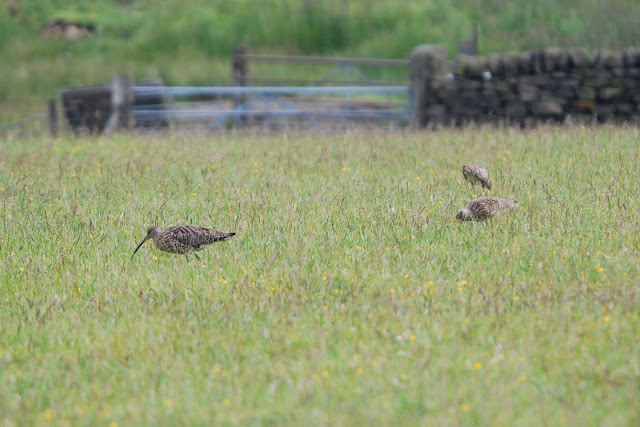