Adders Extinct In The Peak District

Not just yet but fast forward a few years and the title of this post could become a reality. Just look at the vast moorland areas of South and West Yorkshire where there should be thousands of adders but there are none. Currently in the Peak District there seems to be an increasing amount of disturbance. Firstly the moors have been opened up to full access and there are an increasing amount of footpaths appearing criss-crossing once undisturbed areas. Secondly there seems to be an obsession with putting cattle in these places, 18 months ago this resulted in an area favoured by female adders getting trashed, result adder numbers have dropped from double figures to single. This weekend I checked an area I didn't check last year, there is now a well marked path through the middle and again the basking areas for males has been trashed by cattle, result 3 years ago 8-10 males, this weekend none. Worst than this the area is popular with gravid females in late summer, several years ago I had 4-5 this year I will put money on there will be none. Third are the number of casual photographers/observers visiting the area, how do they find out where the adders are? by going on guided walks, paying to go with professional photographers etc, result = a spiralling number of people disturbing adders. No field craft involved, years of hard work by surveyors is used and abused by paying a few quid. So Sunday I went out to do a survey, first stop a favoured grassy mound. 2 large males basking in weak sun I moved round a bit, I then saw 4 people and a dog (on a lead). They seemed quite interested in me, most of us surveying try not to make it obvious, so I waited for them to pass, however they seemed to take a while and then I saw why as they came trudging over the top of the mound walking straight past the 2 adders (I found 2 more in the meantime). I must admit I was a bit ******** off. So I told them they shouldn't be on here with a dog in my usual diplomatic Yorkshire way. They asked me if I was looking for adders. I asked them how they knew there were adders here, they said they had been on a paid walk organised by The Eastern Moors partnership (EMP) the day before and had brought their friends to see the adders today. I told them they had just walked straight past 2 which they could quite easily have stood on, injuring the adders and no doubt if they got bitten would result in more bad publicity in the papers (as happened last year at 2 northern adder spots). It transpired that walk leader David Carter had a crowd of maybe 20 people around the adders, he also used a hook to retrieve one for them to have a closer look. It is also the EMP responsible for introducing the cattle. These moors are nationally important for adders, whereas compared to the moors around Midhope/Langsett and some West Yorks moors, the Eastern moors are poor in birdlife, which they seem to be focusing on (one half of the partnership is the RSPB). Adders are slow breeders they cannot spread to new areas like birds can, this population is affectively marooned, we need as many snakes as possible once they drop below a certain population their numbers will plummet and eventually become extinct. As far as I am concerned the presence of EMP on the moors has been nothing but detrimental to the reptile populations.
Anyway I had a total of 8 males including 2 in a new spot, which could be disturbed snakes trying new areas. All the snakes photographed here were in situ and were still in situ when I left them. It can be useful for identification purposes, for example several years ago I identified a snake that had moved about 500m in 2 days. 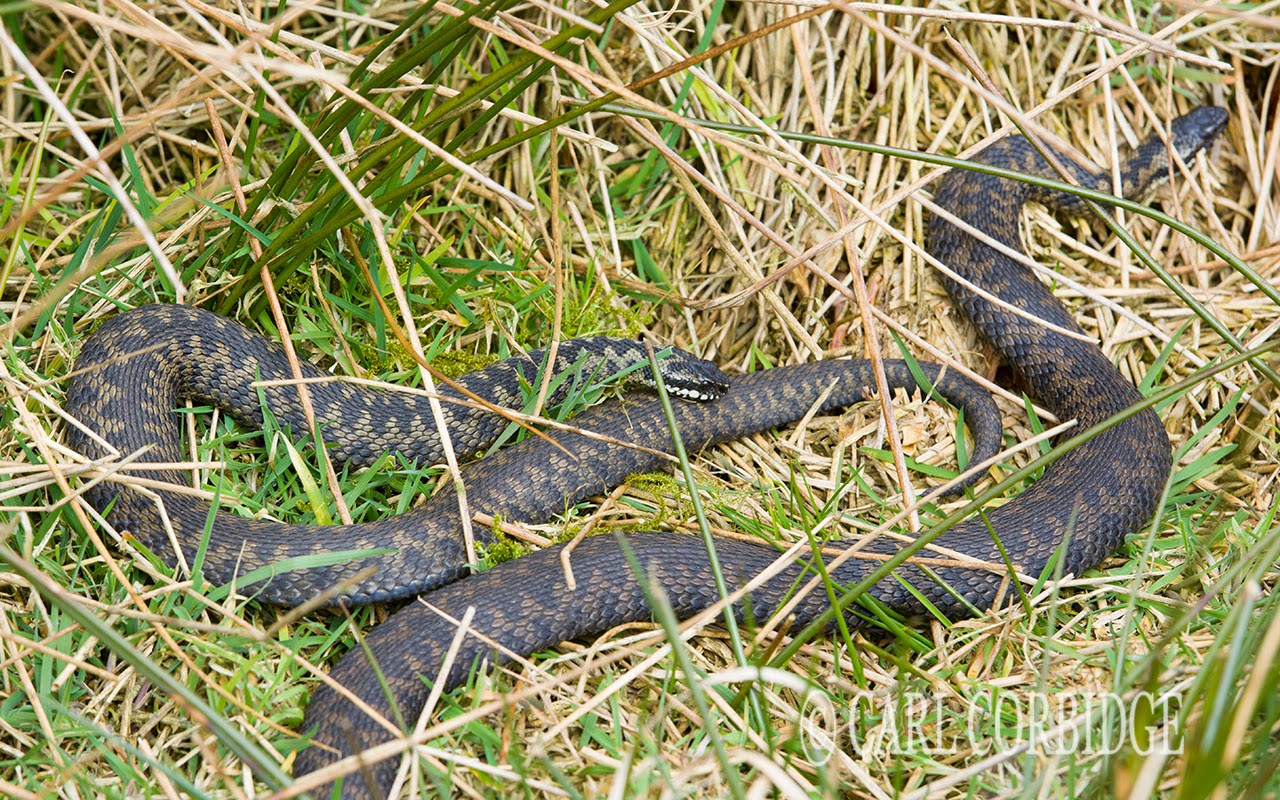 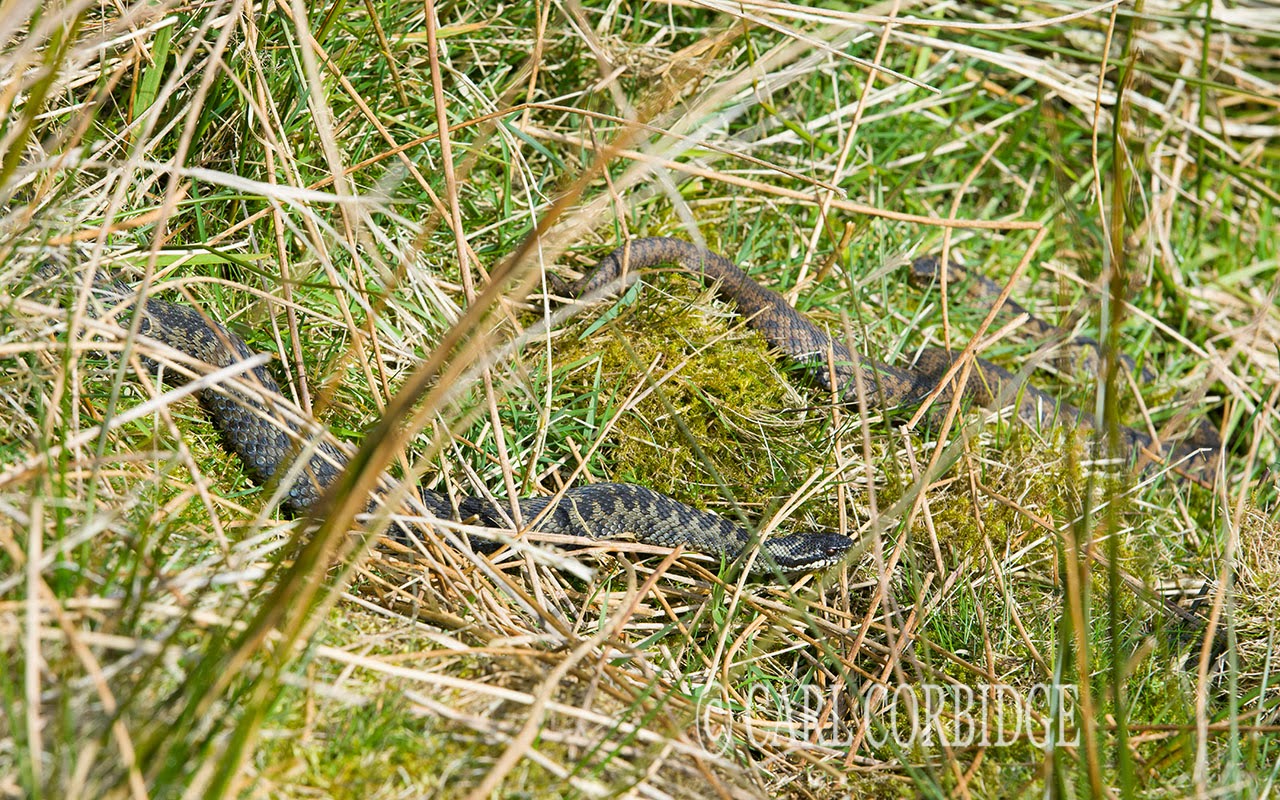 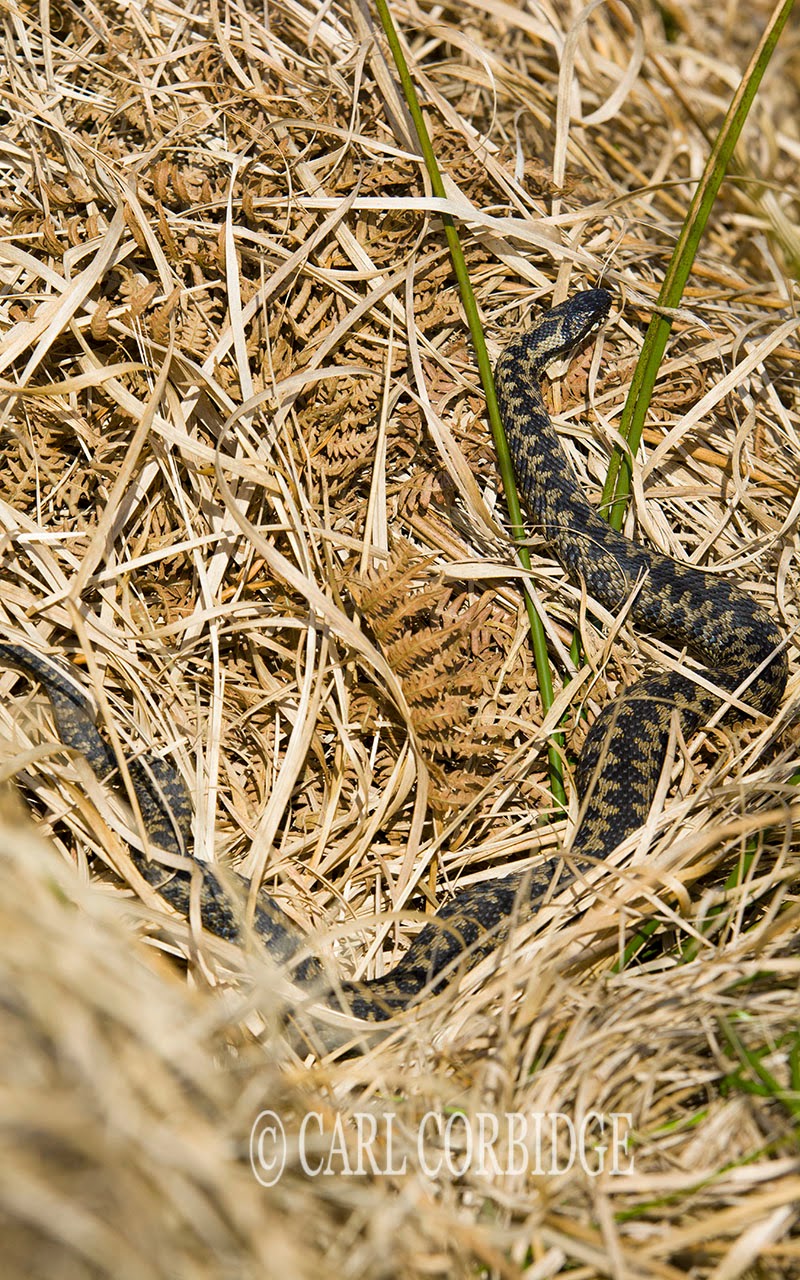 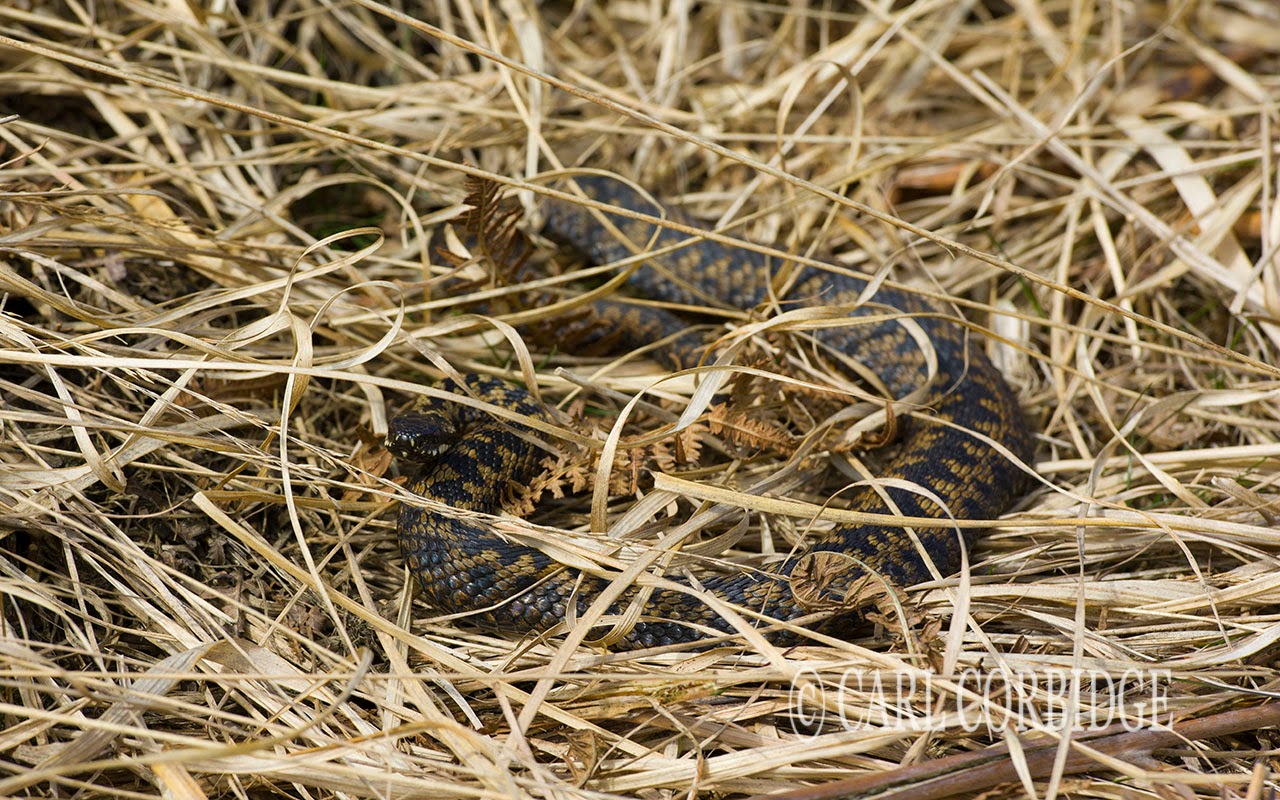 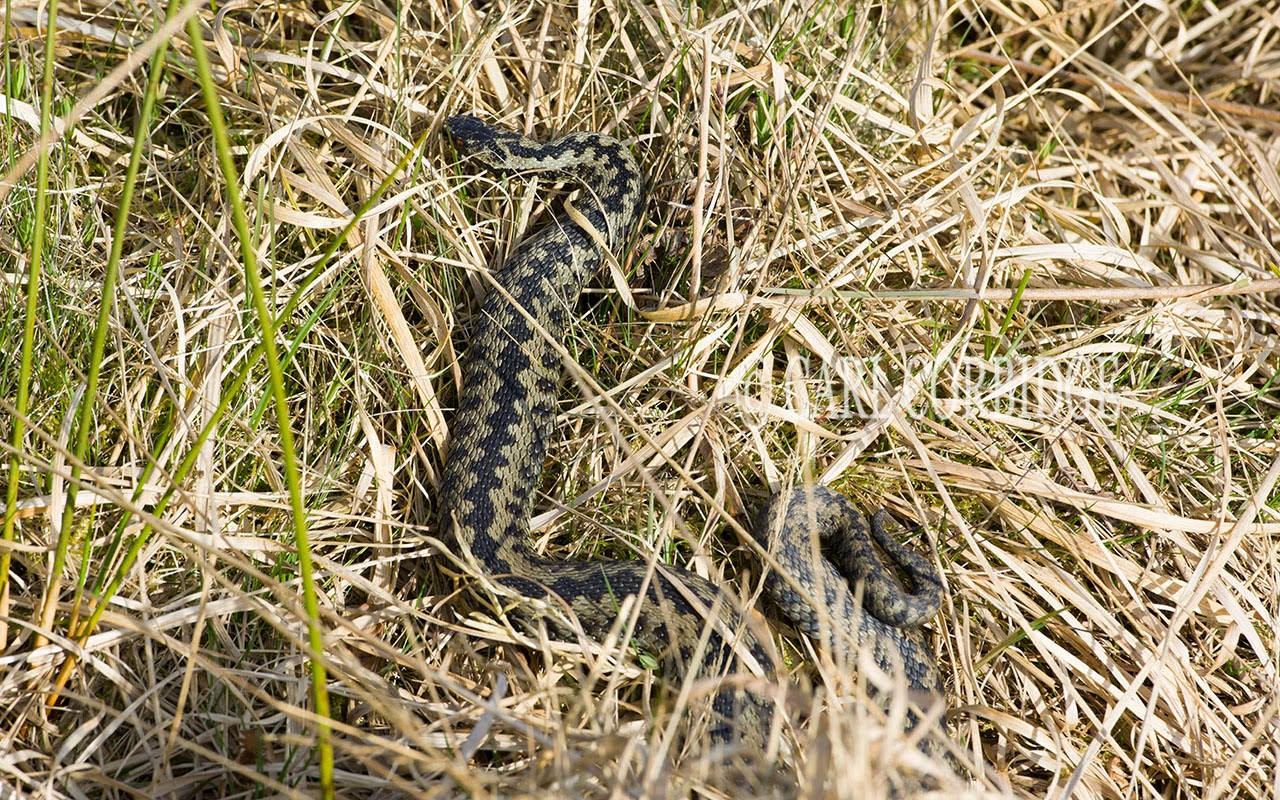