The Stoat and The Hare

Once again I attempted to go out and photograph Mountain Hares. I think the mild weather has resulted in them staying on the highest peaks. However on my drive out to the moors I'm managed to photograph something even better a lovely Stoat Mustela erminea. Like the Mountain Hare, Stoats can turn white in winter surposebly triggered by day length, this one had a little white on the muzzle. Mustelids are among my favourite group of mammals, with the smaller weasel the only other representative in my area, the other species having being wiped out by persecution years ago. After this I walked up to a rocky area of moorland edge, there were plenty of Red Grouse around and eventually I saw a Mountain Hare Lepidis timidus, unfortunately I flushed it and only got a blurred shot of it running off, however it too wasn't white but had the bluish colour of summer which is probably a better strategy in the generally snow free Peak District winters. 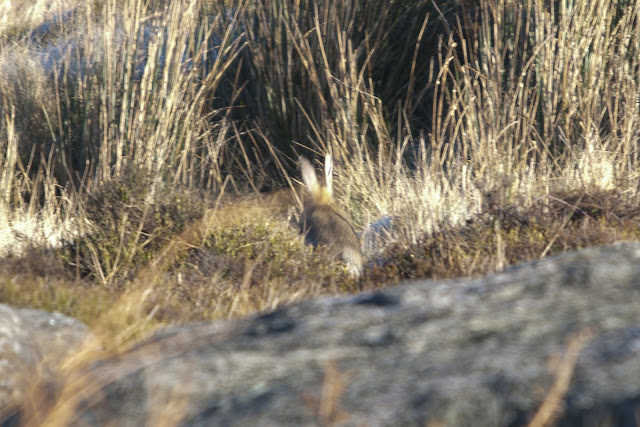 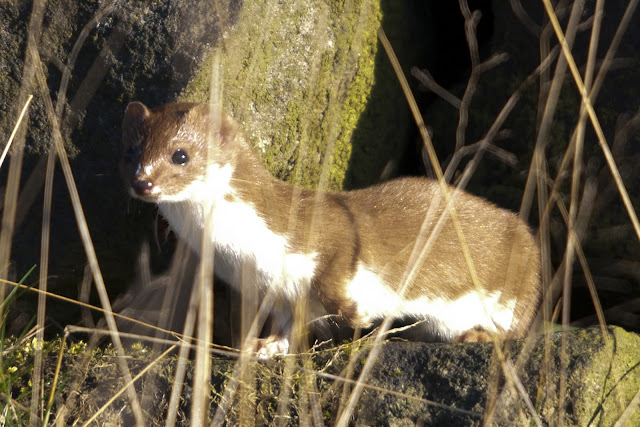 Above and Below Stoat © Carl Corbidge 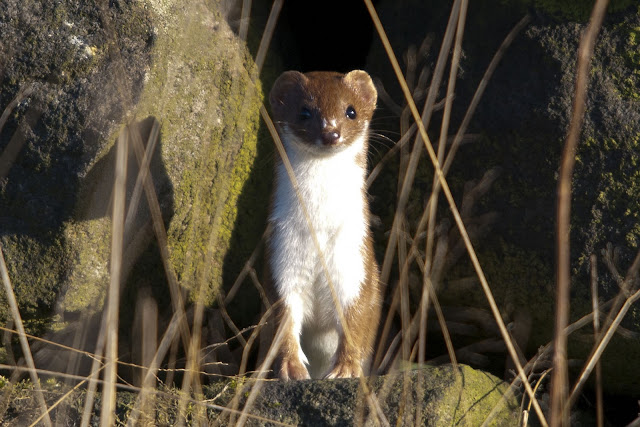