Goosanders and other winter birds.

It's a bit weird but easy to explain but the best place for Goosanders in winter is my local park, a busy park in urban Sheffield. The reason is simple, easy fishing. The pond is relatively small and the goosanders tend to hang about under the trees near the island and then venture out when the coast is clear. Although over time they get less shy allowing some fairly close photographs that simply wouldn't be possible on larger bodies of water. This week I counted 8 females and 6 males. 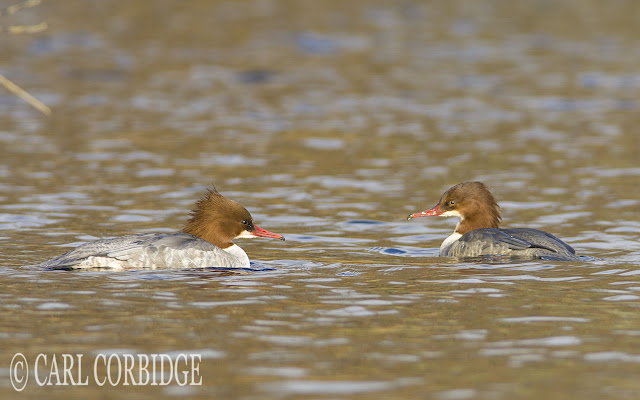 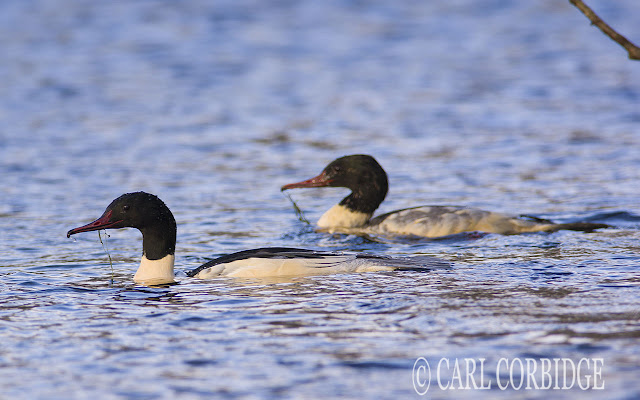 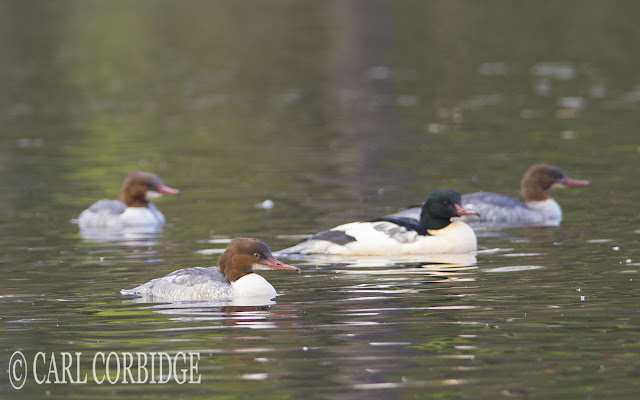 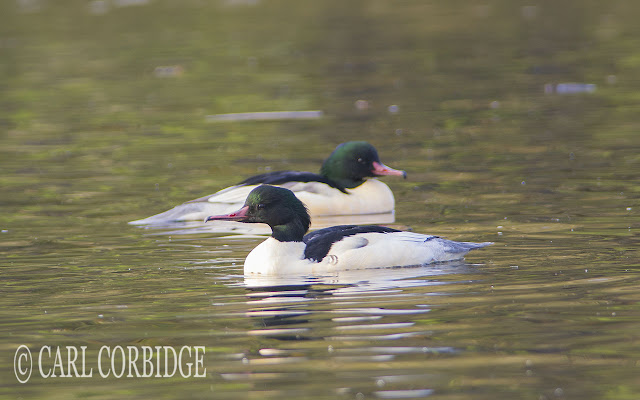 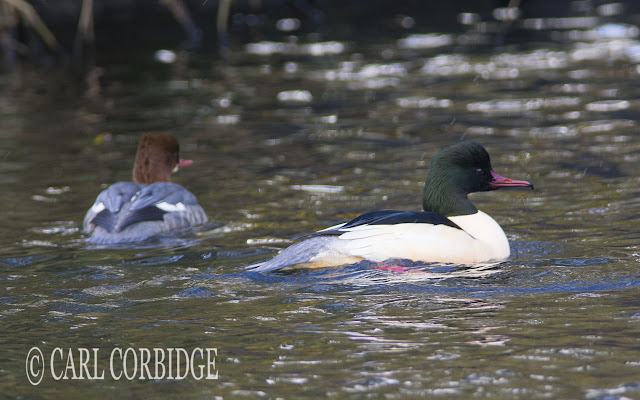 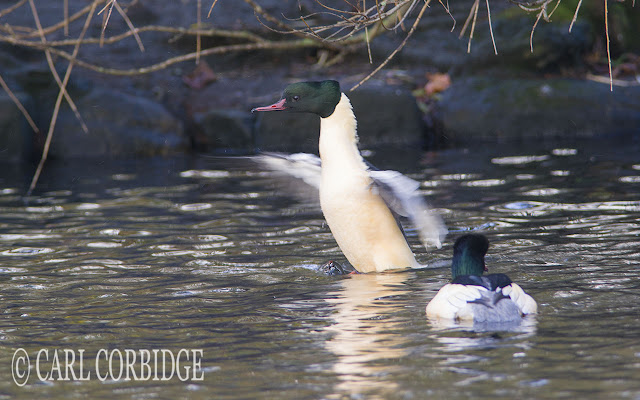 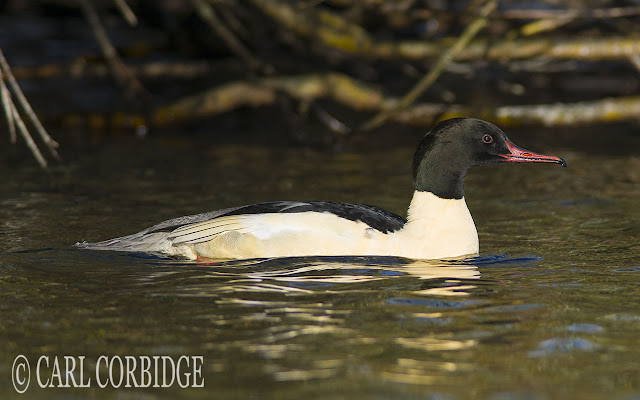 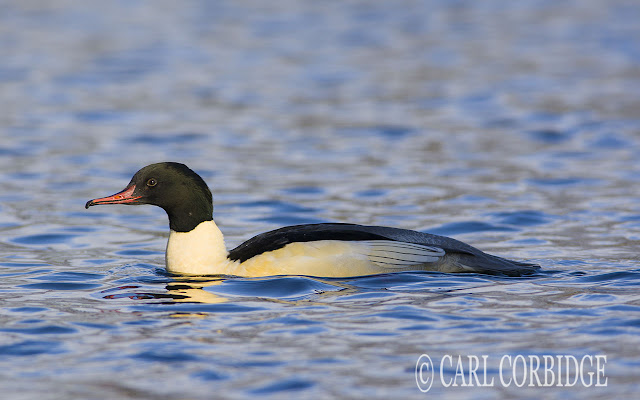 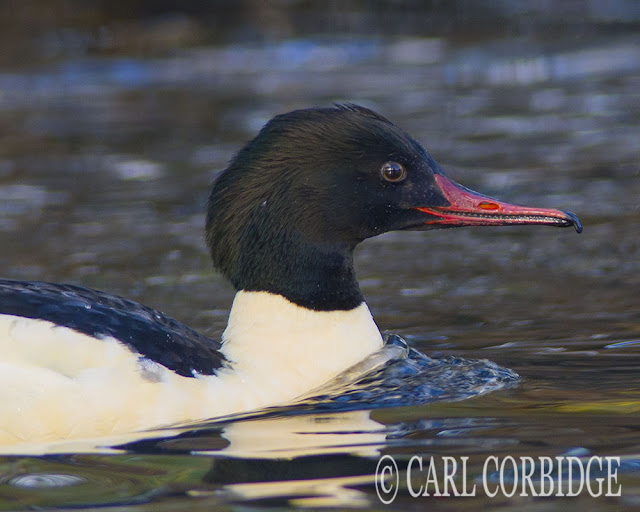 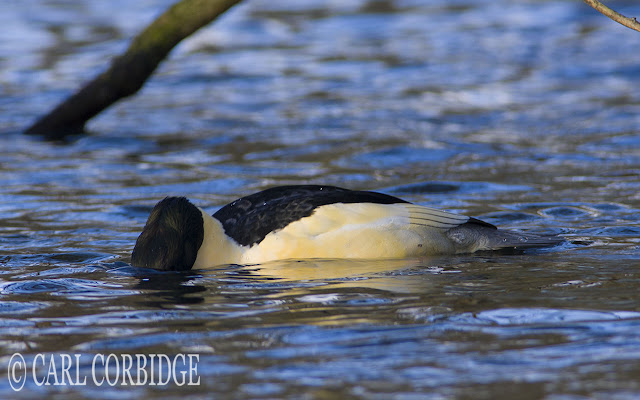 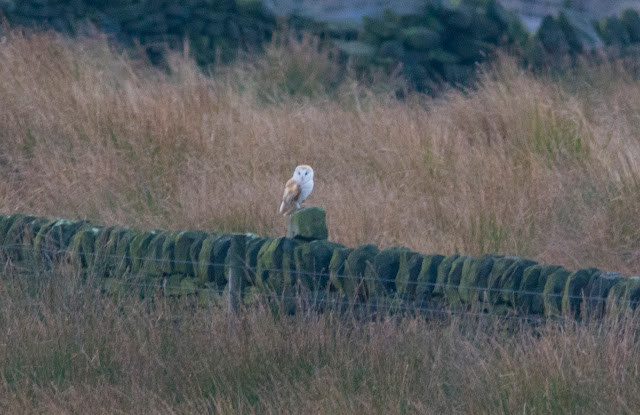 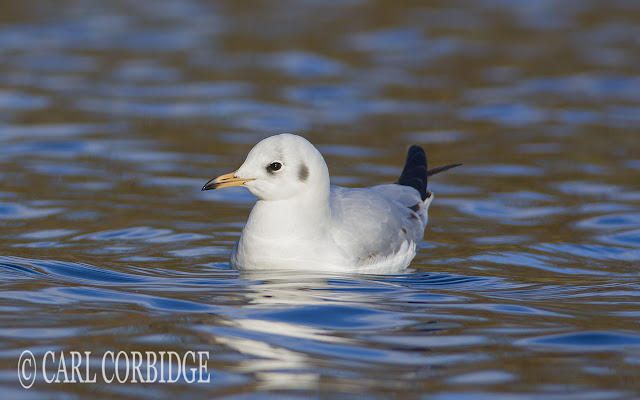 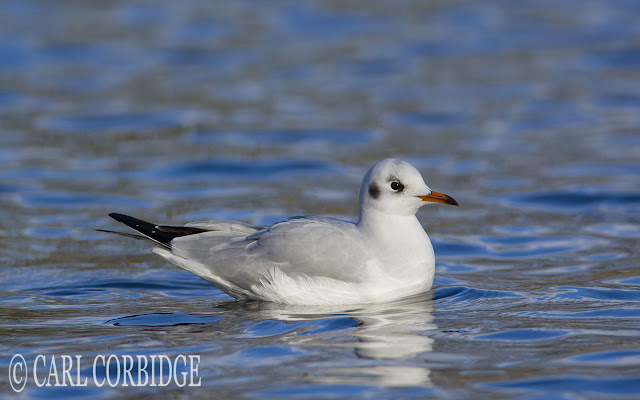 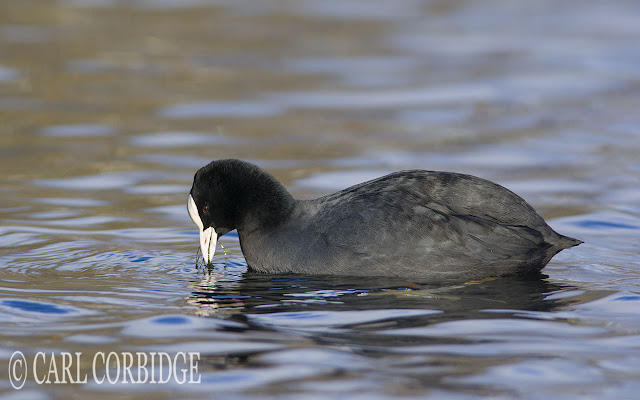 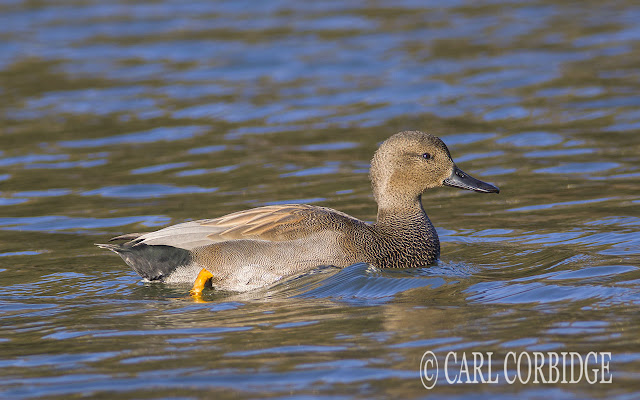 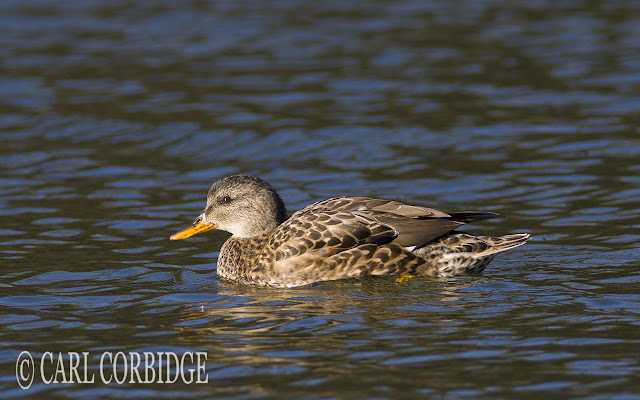 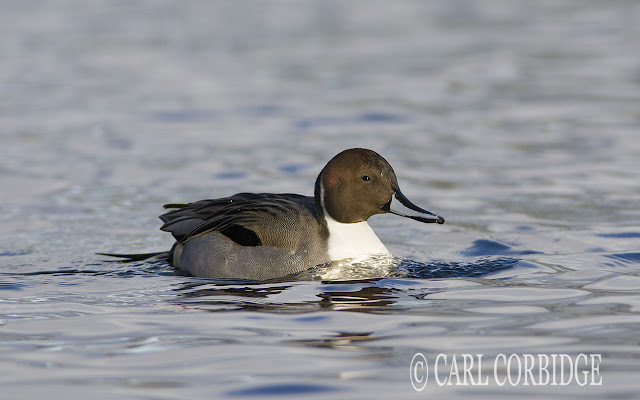