A while ago a waterboard worker told me that a colleague had seen 10 adders together at a site north of Sheffield, I knew that they must be Grass Snakes rather than Adders as there is a thin spread of these snakes in the area. I finally got around to putting some cover objects down last and then out of the blue Chris Monk sent me a photo he had received of several snakes together at the exact site. So yesterday myself and Matt Wilson had a closer look, we firstly found a dead snake, then the rain came down, so we headed half a mile down the road to a small wetland, the sun came out and we found a decent sized female. Back to the original site and we found another male and 3 more females the last one of which was a beauty. All snakes were ready to shed and quite darkly coloured.
Later in the evening we thought we would try and find some Adders but the wind and intermittent sun/showers wasn't going to make it easy. However we found a small female in a slightly different area to where we have found them before. 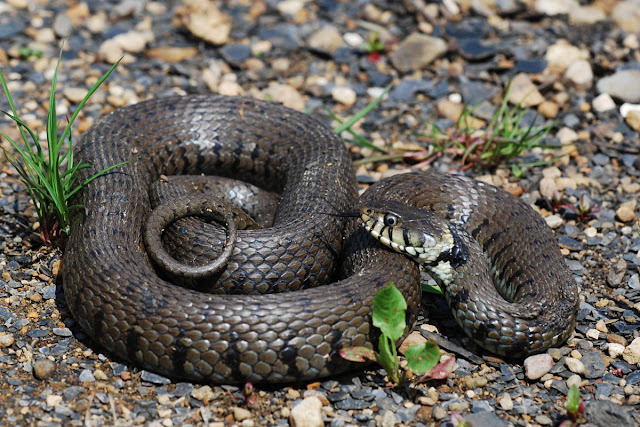 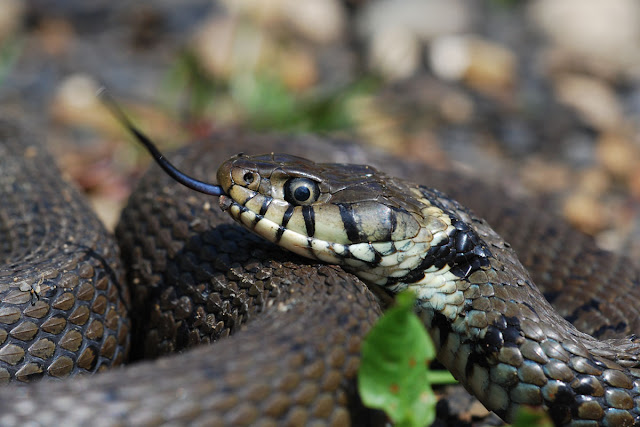 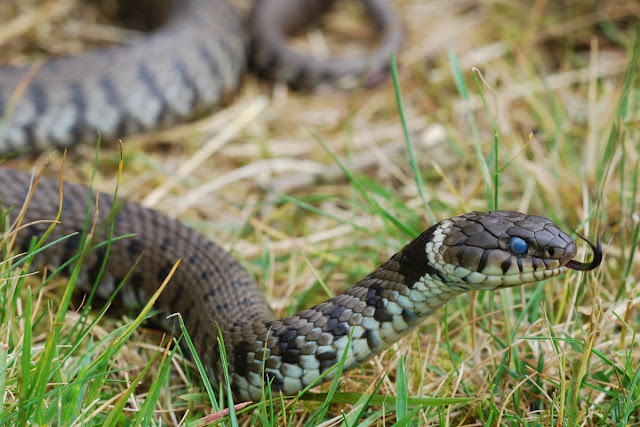 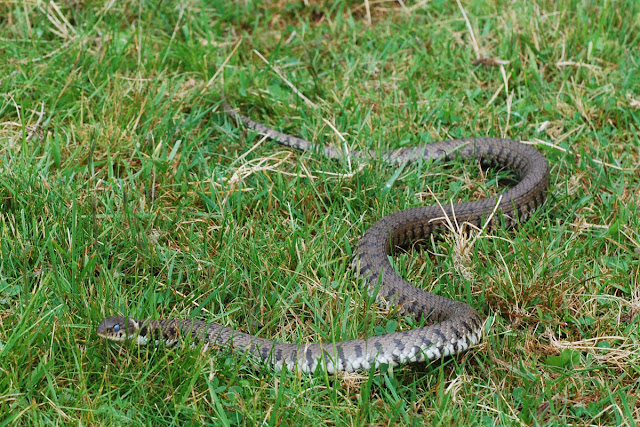 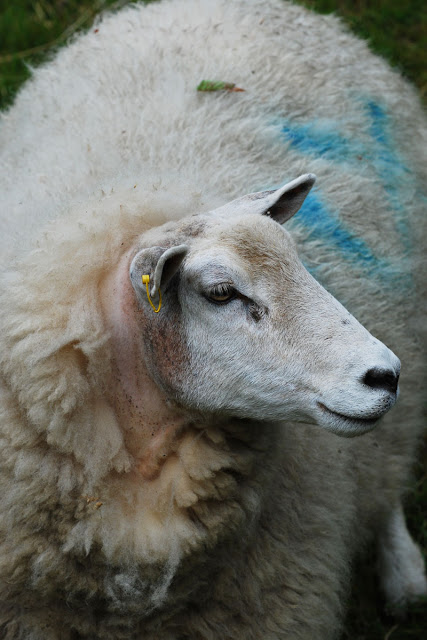 A couple of sheep came and had a nosy. 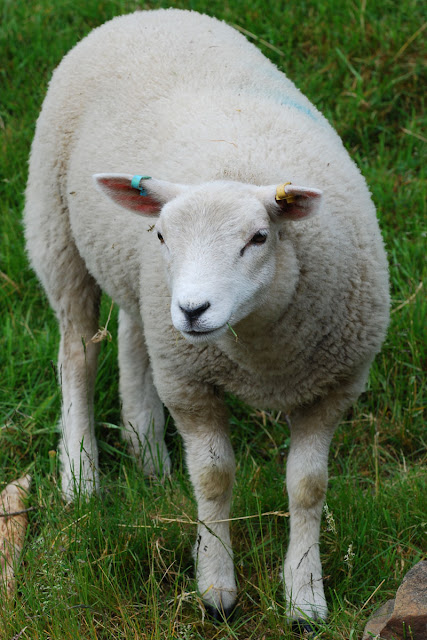 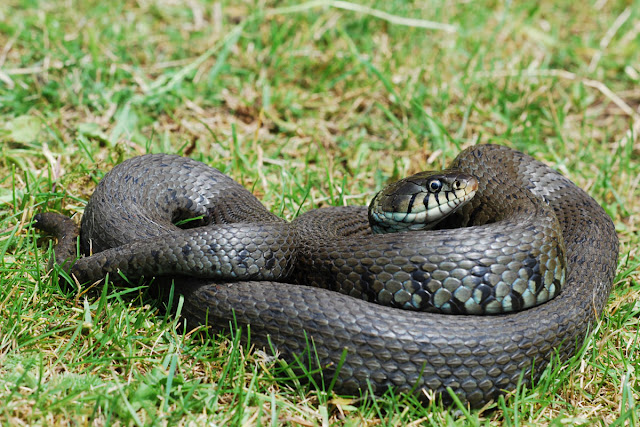 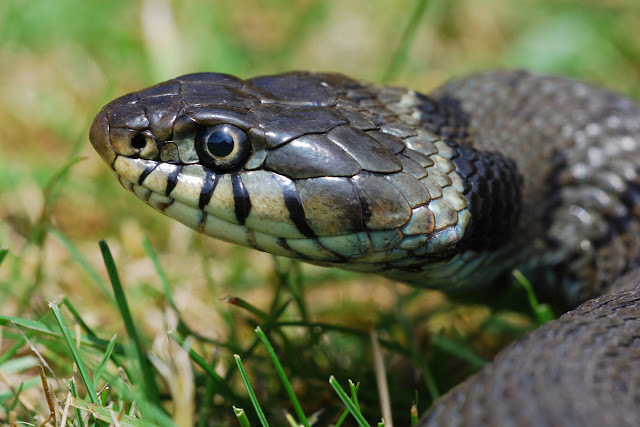 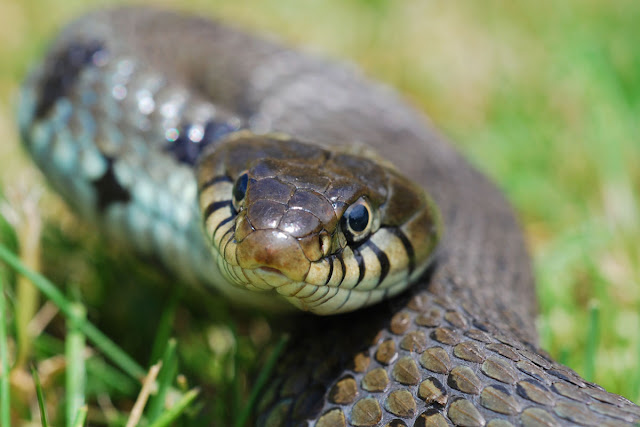 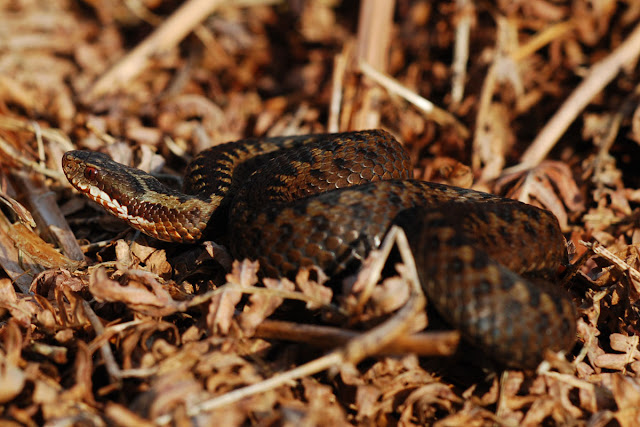