Multicoloured Slow Worms and Too Warm for Adders

On my way to a conference in Leicester yesterday I stopped off for the first time this year at a site where i've been studying Slow Worms (Anguis fragilis). It is rare to see a slow worm out in the open, therefore the way to find then is to look under stones etc. Stones should be replaced afterwards and they should be lifted in one quick movement to avoid injuring the animal. In one hour I found 7, 4 females, 2 males and one neonate found in the same spot as one last September. With clear pictures of the head it is possible to recognise individuals, the first picture below is of a male first photographed in May 2009 at which time it had blue spots and now seemed to have faded to grey. 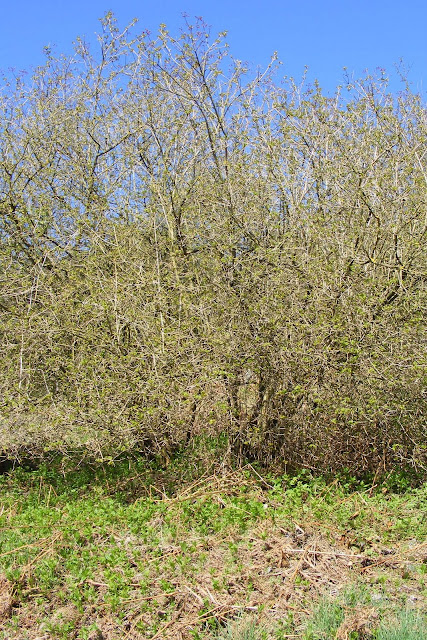 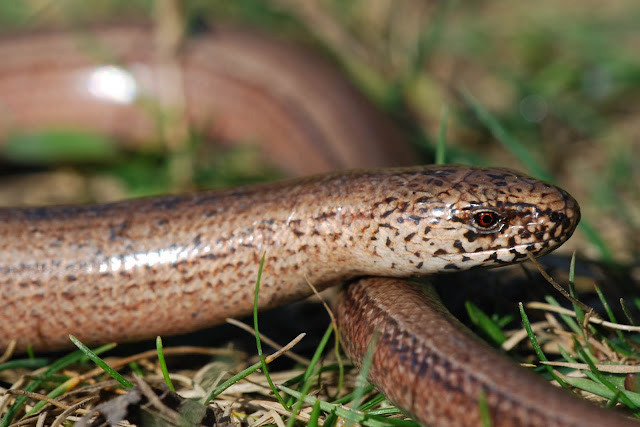 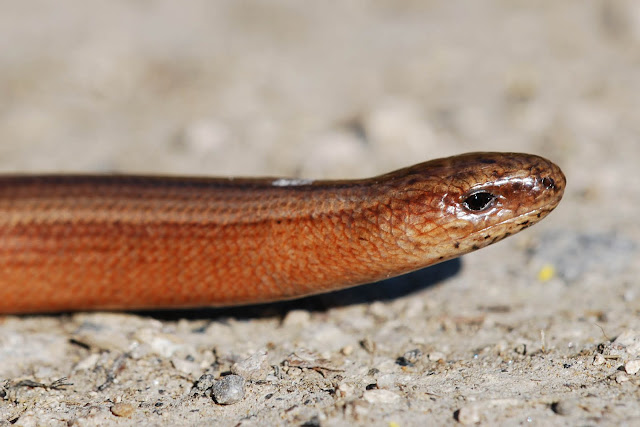 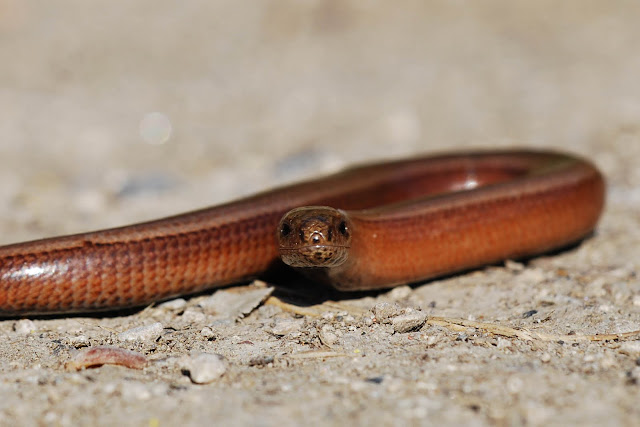 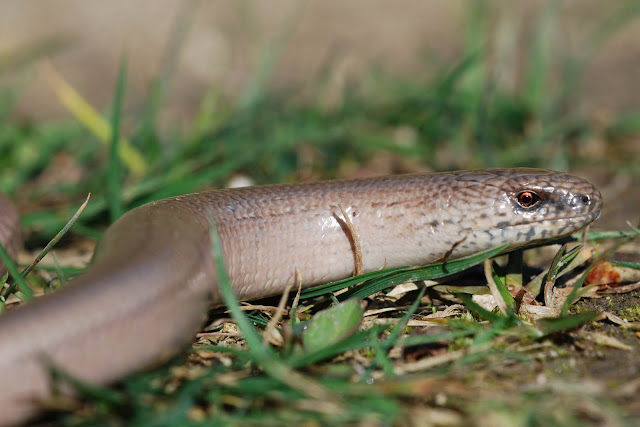 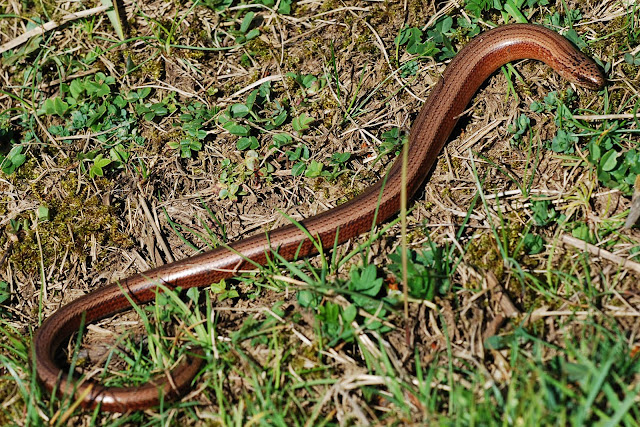 Different female (and below) © Carl Corbidge 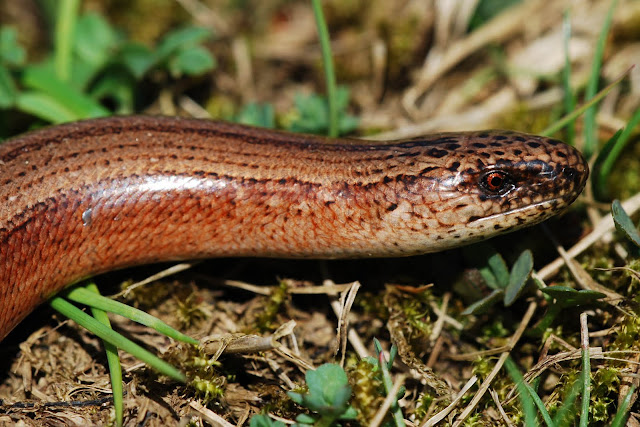 Today I decided to look for my first female adder of the year. To be honest I should have set off a bit earlier, i didn't arrive until 9.45am (8am would have been better) when it was already too warm. Anyway I only found 2 snakes, both males, but both were in a different area. Viviparous Lizards (Zootoca vivipara) were in evidence, mainly juveniles of last year and all were nicely warmed up and too quick to photograph.
Up in the air ﻿there were 2 Common Buzzards (Buteo buteo) Circling. 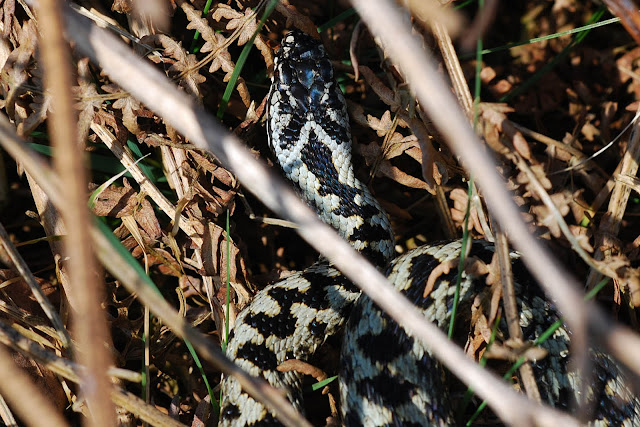 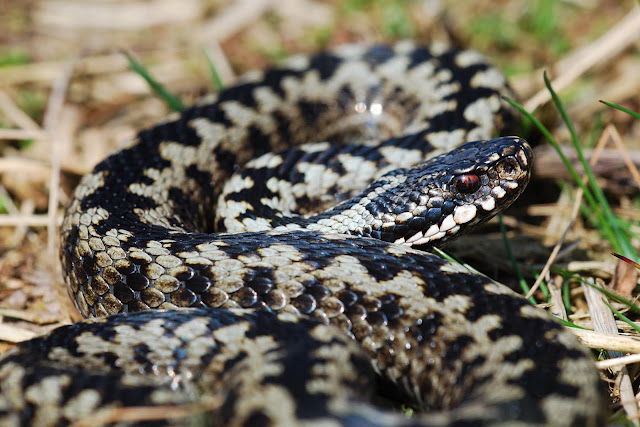 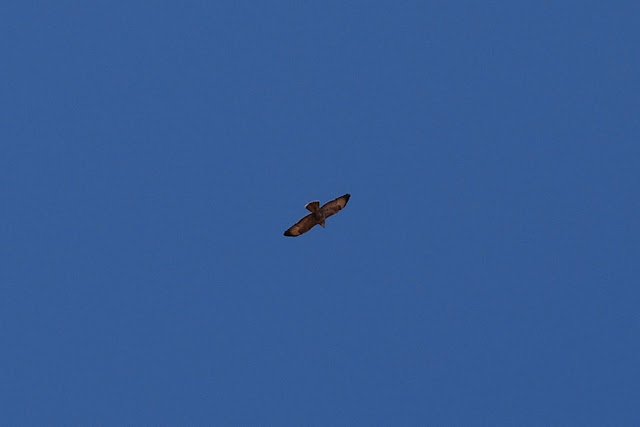