March 2011 in Yorkshire has been one of the driest on record, therefore a bit of rain on the 30th meant there was likely to be a big movement of Common Toads Bufo bufo. At two local reservoirs, toads have to cross roads and then negotiate their way round, through or over stone walls, to get to the breeding site, often resulting in carnage. So last night armed with a bucket and torch i went out on a rescue mission. At the first reservoir at 8pm, toads were already on the move and I picked up about 50, there were already a few casualties. 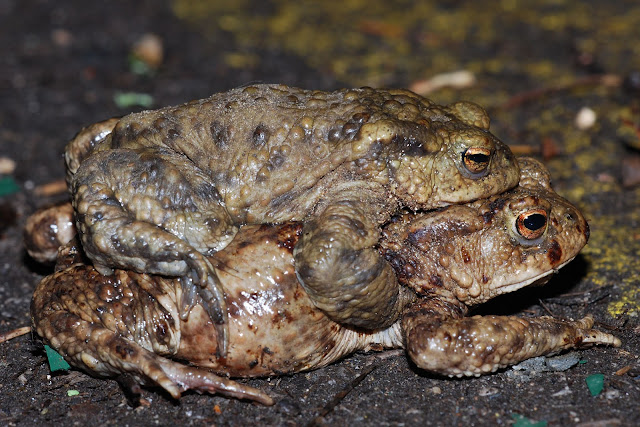 Amplexus in Common Toad Bufo bufo © Carl Corbidge
Moving on up to the next reservoir i expected more toads plus a few Palmate Newts Lissotriton helviticus crossing as well﻿. 30 minutes later I had another 50 toads in the bucket, along with 50 Palmates and 3 Common Frog Rana temporaria. Again about 20 toads and 10 newts had fallen victim to traffic. 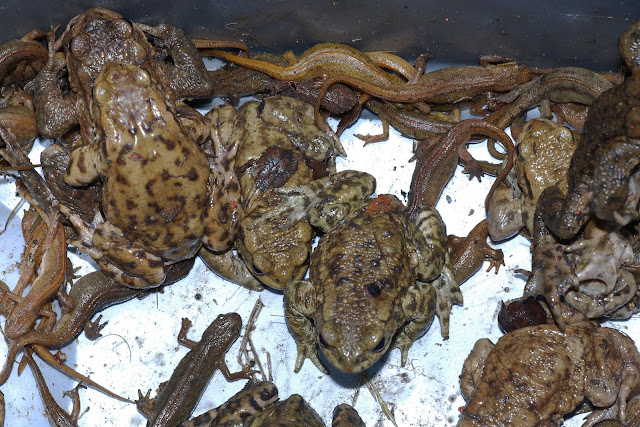 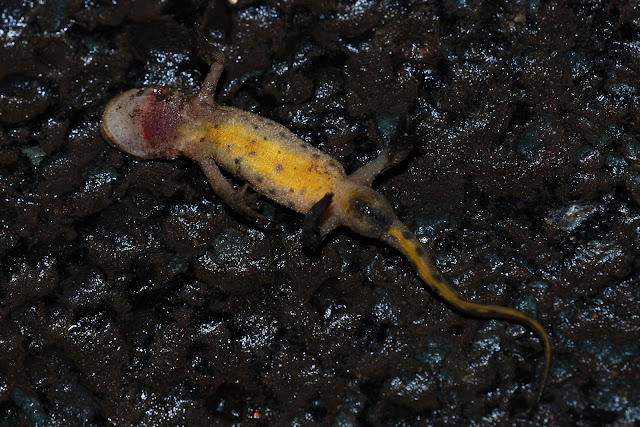 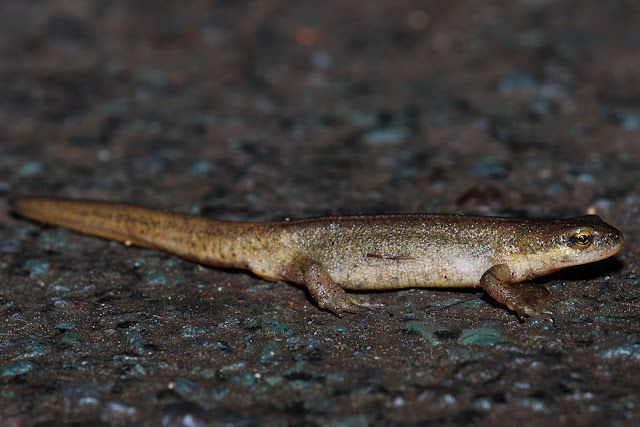 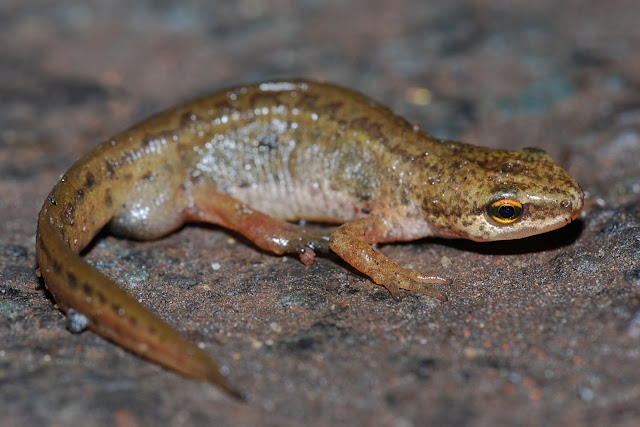 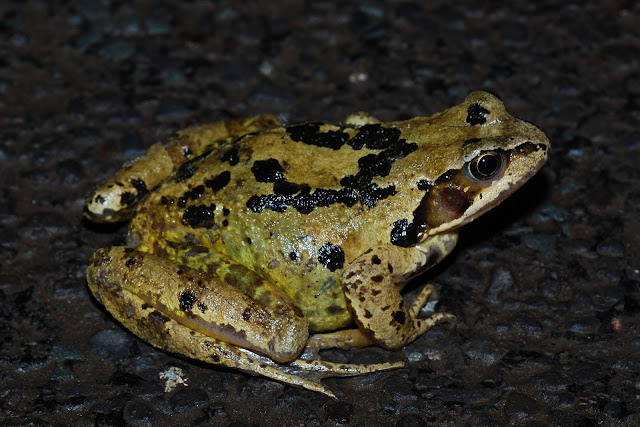 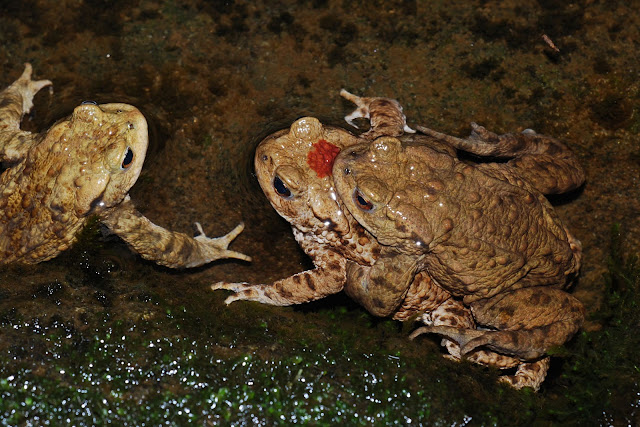