Yesterday along with Matt Wilson I did my first herping in a while. Matt doesn't have any Grass Snakes on his local patch, so he came over to the right side of the Pennines to visit some of my sites. At the first spot we had a Grass Snake Natrix natrix under a piece of tin, but nothing else here. Moving on to an old quarry we had a Slow Worm Anguis fragilis and a Viviparous Lizard Zootoca vivipara.
On to the churchyard and a further 3 slow worms and on the common another female Lizard with loose skin on her flanks indicating she has recently given birth. 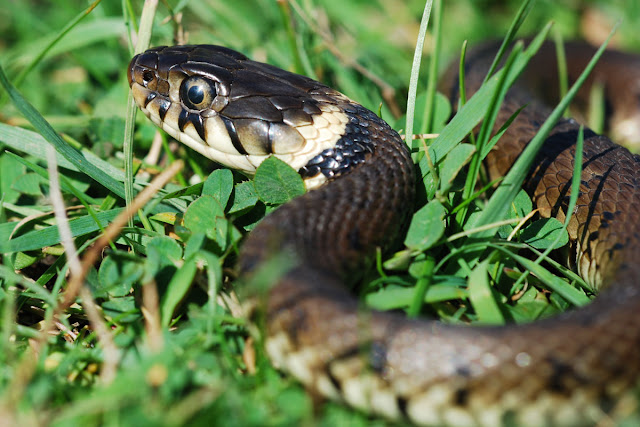 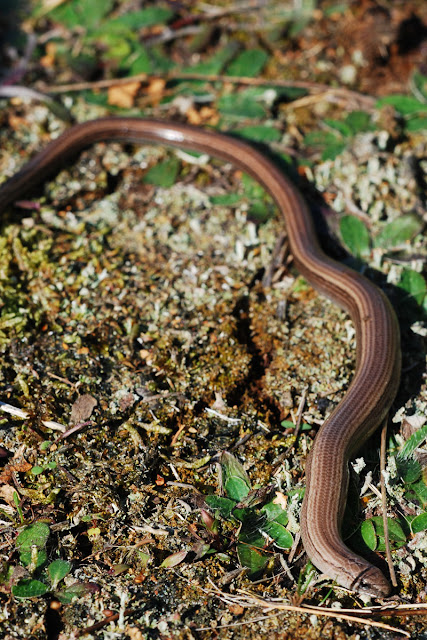 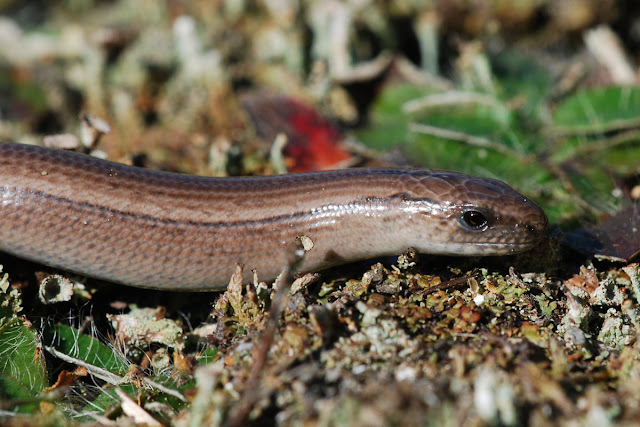 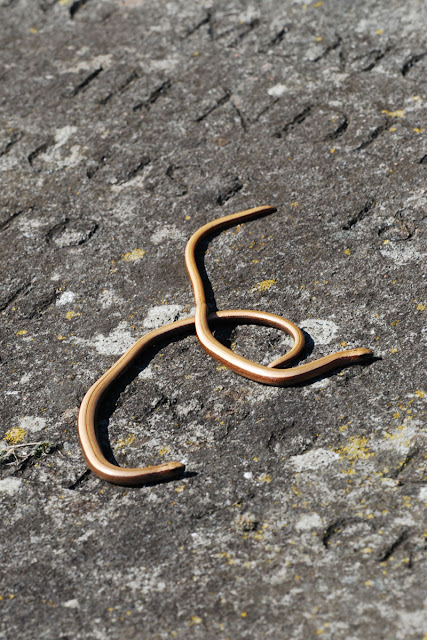 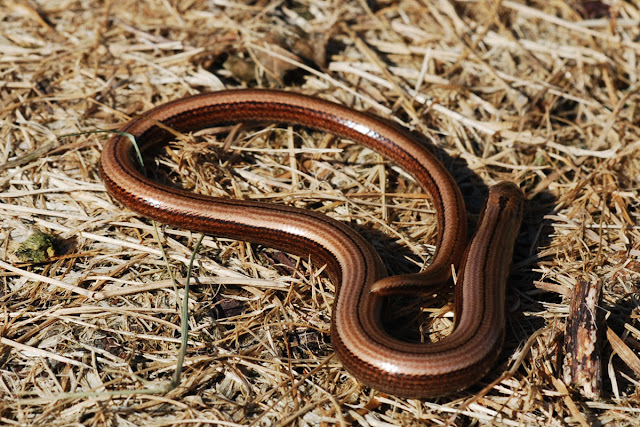 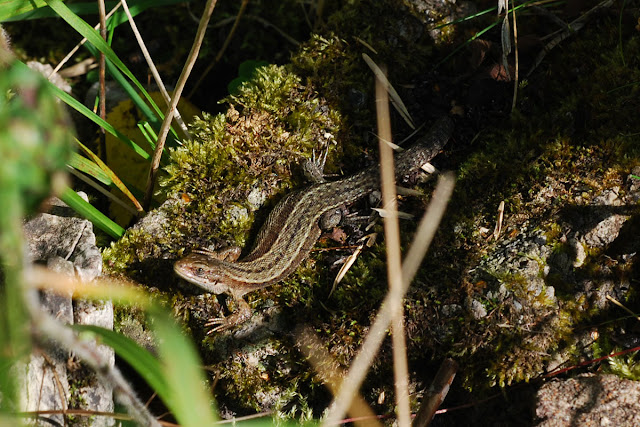 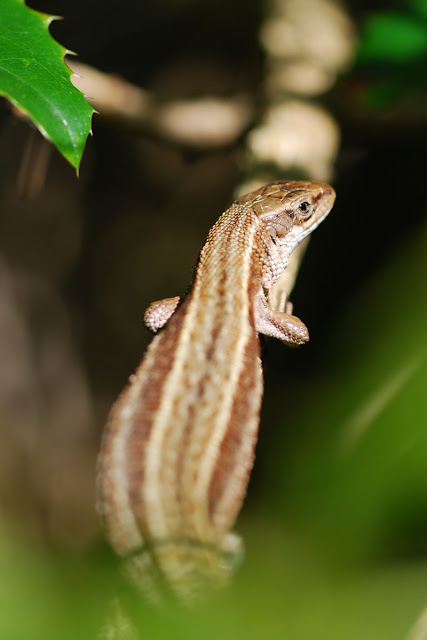 The next site is one that herping friend Tracy Farrer has been monitoring. Grass Snakes are attracted from a wetland to a massive pile of pig manure, Tracy has put out a couple of tins. The farmer likes the snakes and has left a corner of manure intact, they may even be beneficial perhaps feeding on baby rats (they disappeared down rat holes on release). Today we found 3 snakes including a nice female. A fourth snake was dead with what looked like a crush injury, there were also a cluster of hatched eggs. 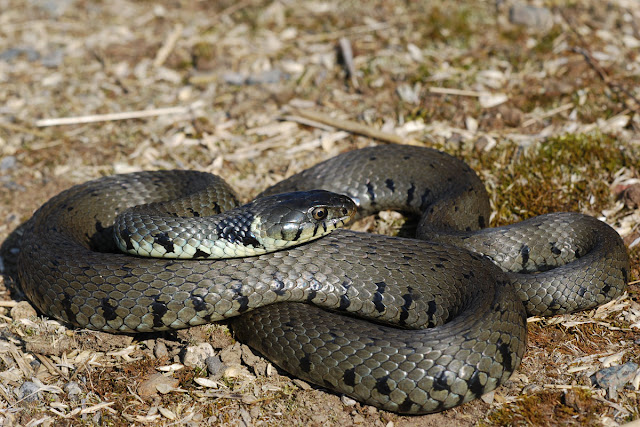 Female above and below 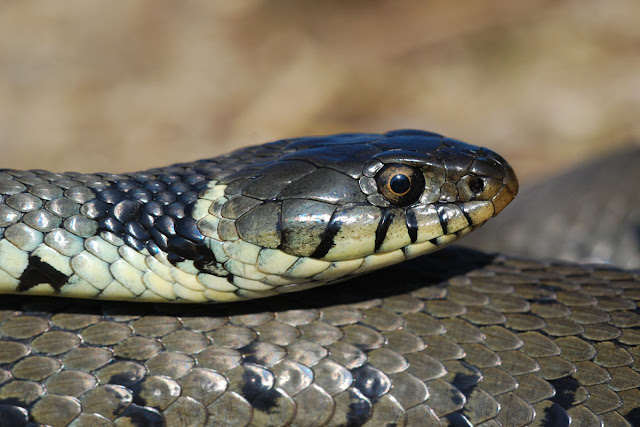 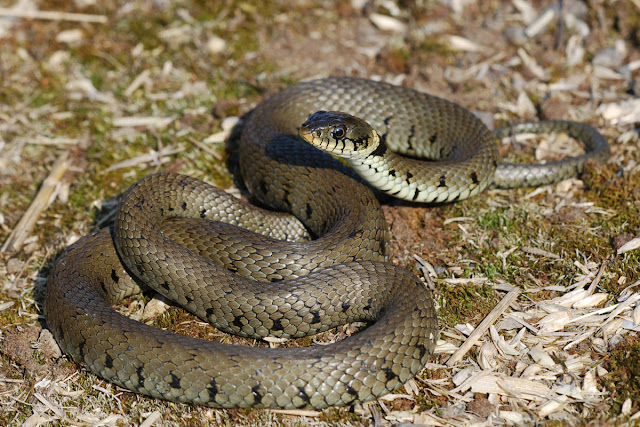 Male
Posted by Carl Corbidge at 13:49