Myself and Matt Wilson decided to have a bit of a mad few days herping over the Easter weekend. Covering about 500 miles across the North of England we chalked up 4 species of reptile and 6 species of amphibian, we could have easily added another 2 species but time did not allow, so not too bad for the bleak north.

Friday 23rd April
At our first stop we found a pair of copulating Adders Vipera berus plus a nice male and several Viviparous Lizards Zootoca vivipara including a nice melanistic individual. Moving on to a couple of Grass Snake Natrix natrix sites it was already getting a little too warm, Matt spotted a small one slip away before he could catch it. Next across on to a possible slow worm site, we only found another several Zootoca including one found under a stone. In the evening we arranged to see Common Midwife Toads Alytes obstetricans in an introduced colony which as been well establised for 60 years. Thanks to Alan Mosley and his wife for allowing us into his garden, where there were about 10 toads calling. They were mainly unaccessable under flagstones including males with a few eggs, but we managed to catch 2 for photos. There were also lots calling further up the road. There were also a few Common Frogs Rana temporaria in the garden. 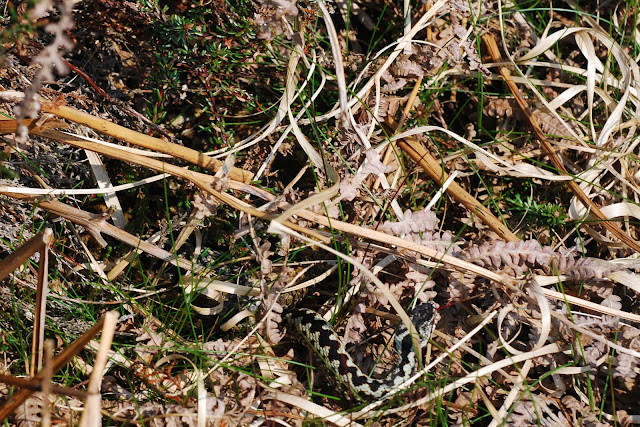 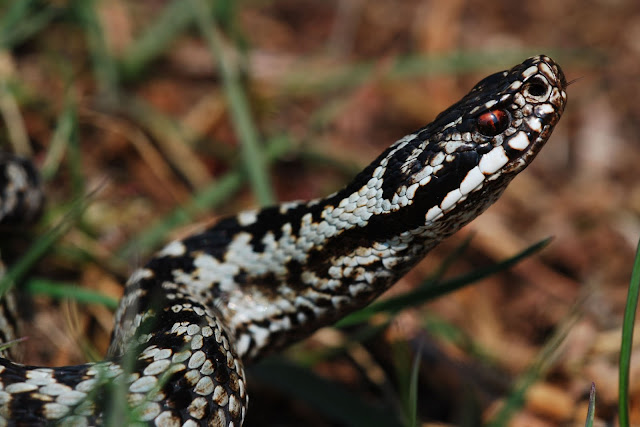 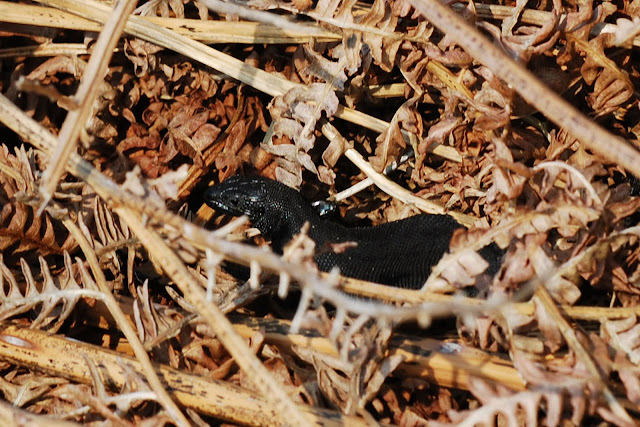 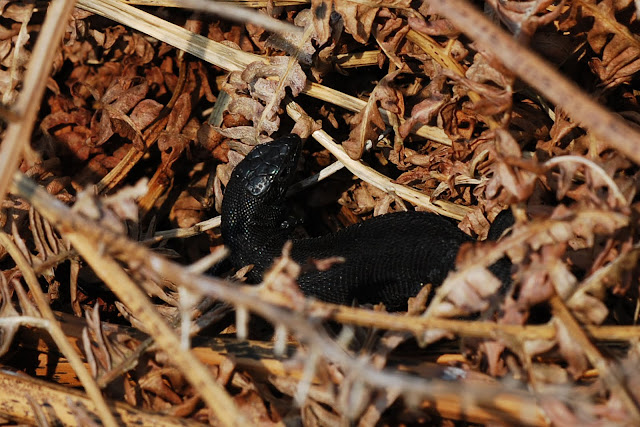 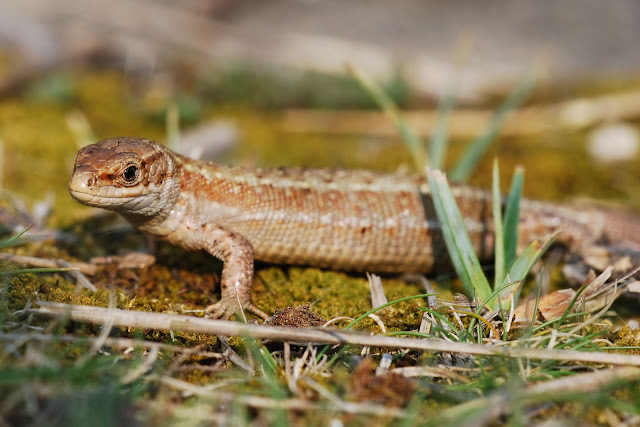 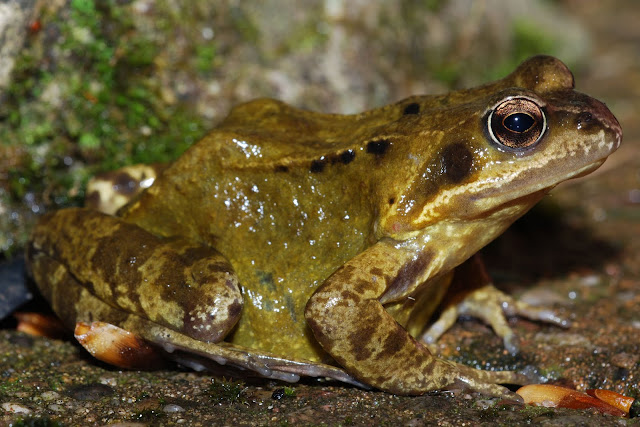 The second © Carl Corbidge
Saturday 24th April
An early start, we headed off to East Yorkshire in search of Marsh Frogs and Grass Snakes. For some reason we didn't find the former (? too early) but found 2 Grass Snakes one of which I caught which was a nice sized one, probably a female.﻿ We also went to another couple of possible slow worm sites but only turned up a Common Toad Bufo bufo and Viviparous Lizard Zootoca vivipara. 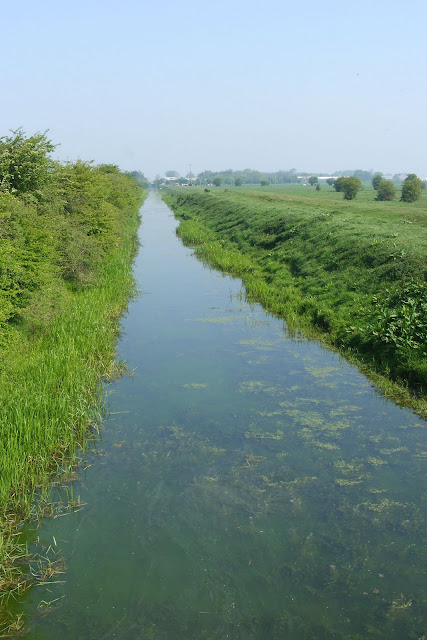 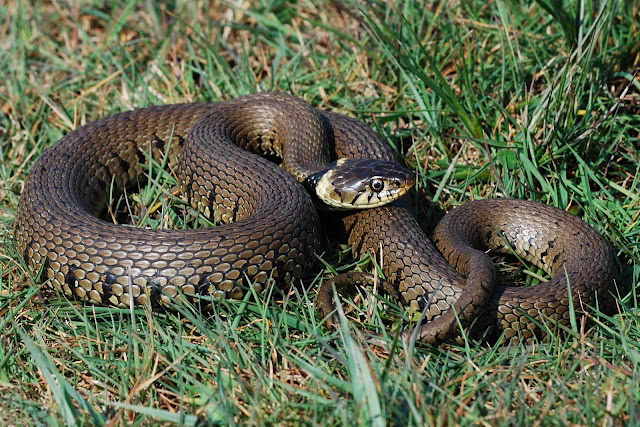 Above and Below Grass Snake Natrix natrix © Carl Corbidge 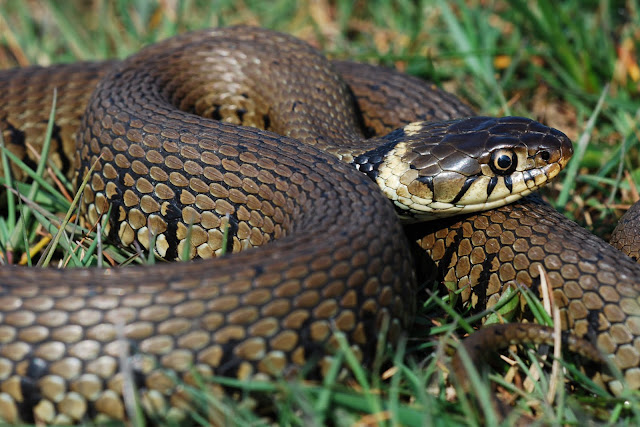 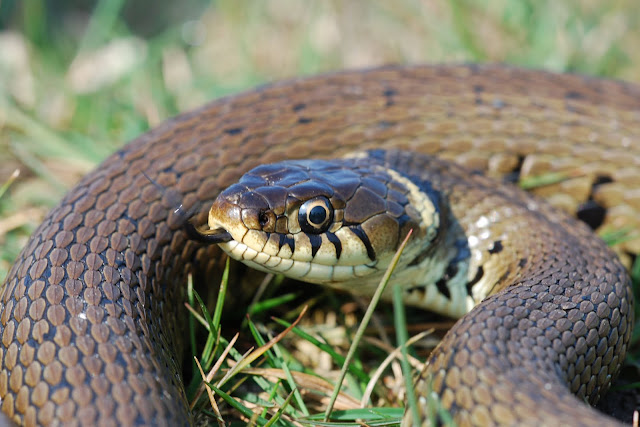 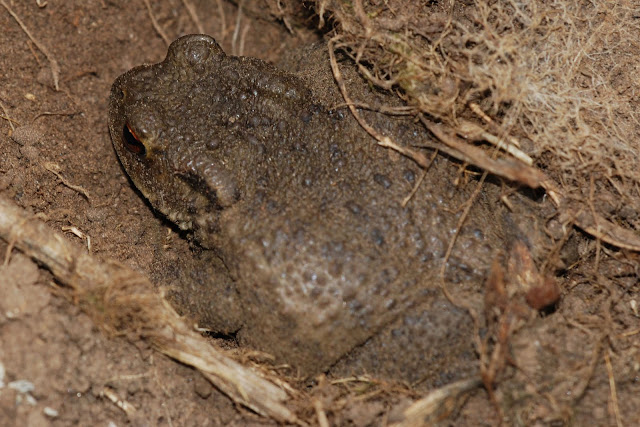 Common Toad Bufo bufo © Carl Corbidge
In the evening we went to a site with Natterjack Toads Bufo calamita. It was a pretty cool evening so activity was a little subdued, there was in the region of twenty in a small pool with a couple of pairs in amplexus. There were several Great Crested Newts Triturus cristatus and Smooth Newts Lissotriton vulgaris in the same pool and a few Common Toads on the paths to the pools. 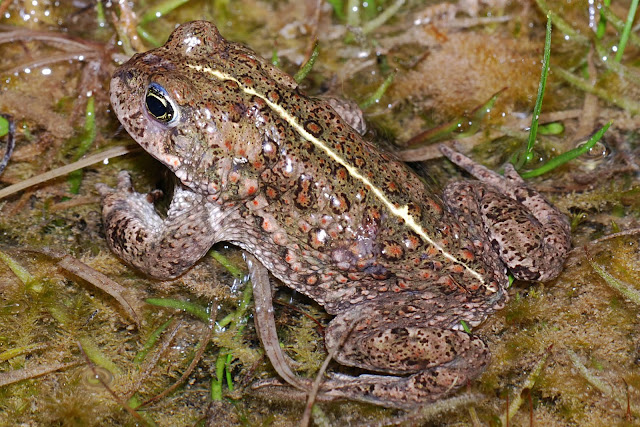 Above and Below Natterjack Toad Bufo calamita © Carl Corbidge 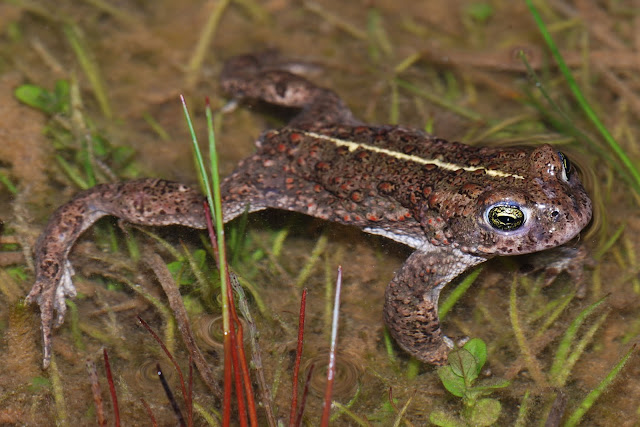 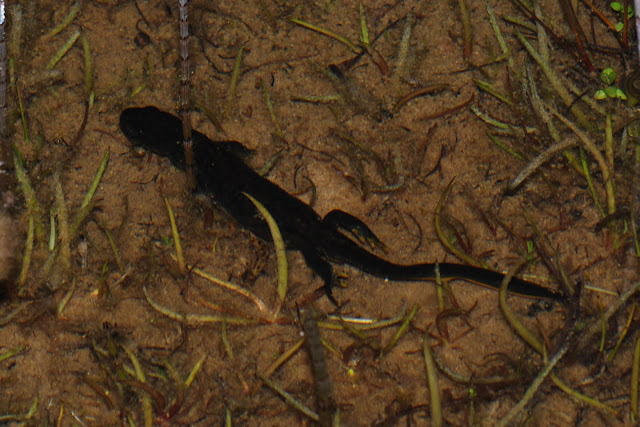 Great Crested Newt Triturus cristatus © Carl Corbidge
Sunday April 25th.﻿
Final leg of the trip. We met up with Dave Hardaker and Liam Russell early in the morning to look for Sand Lizards Lacerta agilis. For a number of years Dave has been doing sterling work monitoring populations of Sand Lizards and Liam is doing a PhD looking at genetic differences between Sand Lizard populations. We saw a total of 4 stunning males and 2 juveniles (also a couple of Zootoca) these were the highlight of the weekend for me so thanks Dave and Liam. 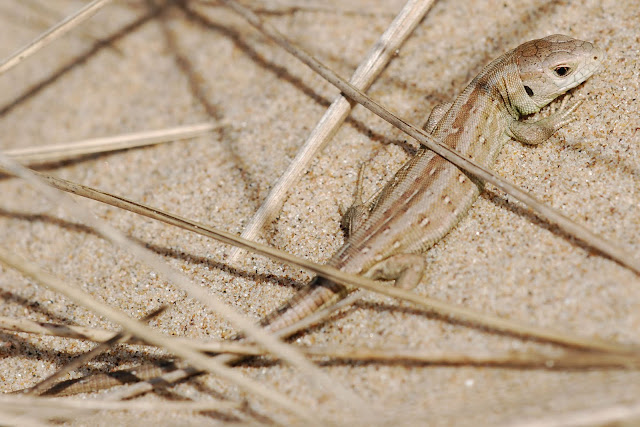 Above and Below Juvenile Sand Lizard Lacerta agilis © Carl Corbidge 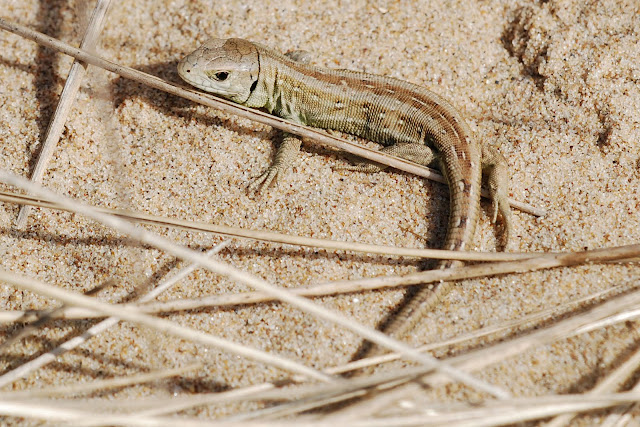 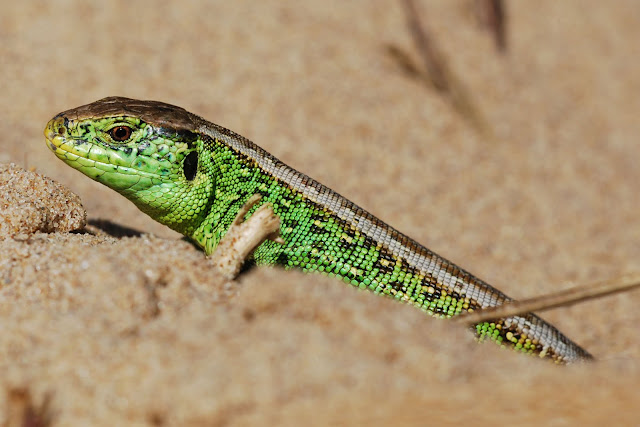 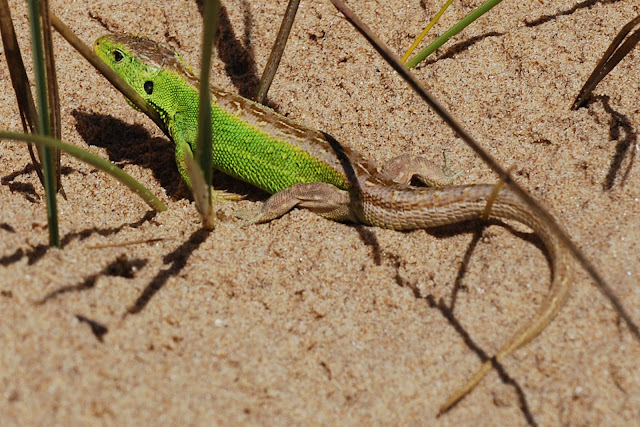 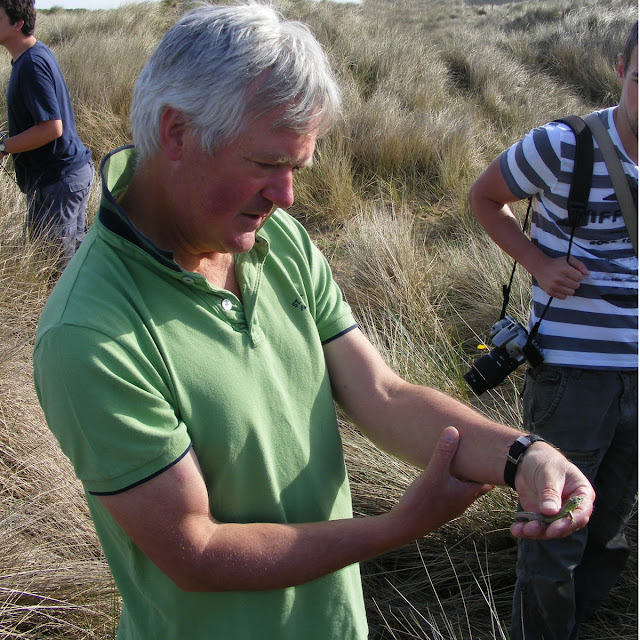 Dave with a male caught by Liam (in background) and Matt on the right
Posted by Carl Corbidge at 10:21